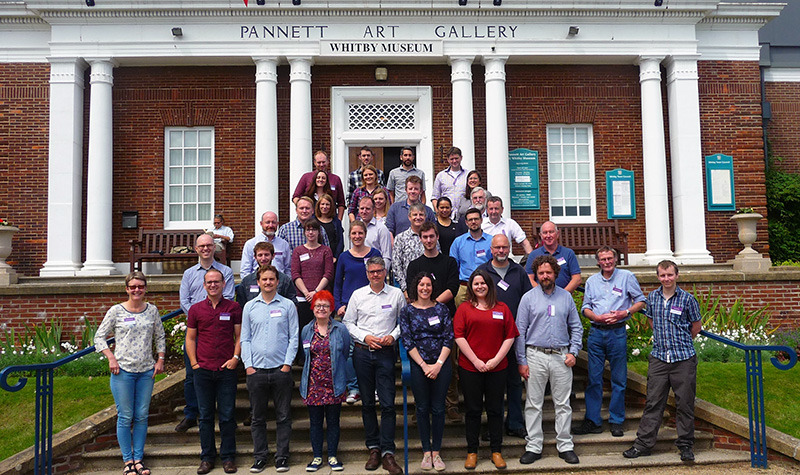 The second meeting of the QRA Sea Level and Coastal Change (SLaCC) research group was held in Whitby between 4th - 6th July, 2016. This followed a very successful first meeting in Cumbria in 2015 which attracted over 30 delegates working on sea-level issues from around the UK and northern Europe. This time the meeting was co-sponsored by the CoBRA (Coastal Behaviour and Rates of Activity) project at Durham University and attacted over 40 delegates from around the UK.

The focus of the meeting was on sea-level change, coastal processes and their geomorphic effects over a broad range of spatial and temporal scales in both low - and high-energy coastal environments. We attracted contributions from researchers using a range of methods, from field and laboratory studies to physical and numerical modelling approaches. We were joined by several keynote speakers: Dr Ivan Haigh from the University of Southampton, Dr Martin Hurst from the British Geological Survey and Dr Nick Rosser from Durham University.