Understanding the evolution and nature of the glaciated margins of the North Atlantic is of considerable importance to European academia, industry and society. The sediments and landforms along these margins provide a record of past ice sheet activity as well as spatial and temporal variations in ice‐ocean‐climate interaction. Notably, in terms of climate research, they provide a direct link between the deep oceans and the ice sheets sourced in the interiors of the surrounding landmasses. The North Atlantic continental margins also have considerable economic and societal importance in terms of their implications for hydrocarbon exploration (and thus the oil and gas industry) and hazard prediction and mitigation (e.g., tsunamis generated from large‐scale sediment slides along the margin). 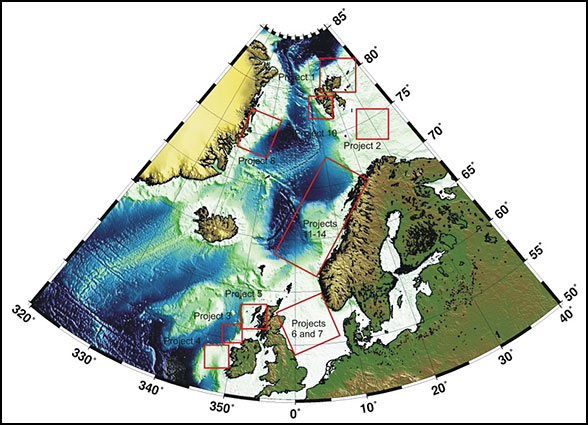 Figure 1: Bathymetry of the North Atlantic and location projects to be carried out in the GLANAM network

The scientific goal of GLANAM is to determine the controls on the development, in time and space of glaciated continental margins.

Research objectives will focus on:

The project is funded through the EU Marie Curie ITN scheme for an overall budget of 4.4 million EURO. It commenced in April 2013.

Four fellows are employed at Durham University and will work on the following projects: