The modern-day West Antarctic Ice Sheet is a marine-based ice sheet which may be vulnerable to climate change but predictions of its response are limited by a lack of understanding regarding the processes or rates of future deglaciation. Our aim is to reconstruct the deglaciation of a similar Arctic ice sheet that existed during the last ice age (Barents Sea Ice Sheet: BSIS), thereby providing a suitable analogue of ice sheet behaviour and advancing understanding of what processes might trigger collapse. The project is funded by a Royal Society Society International Joint Project (JP080776) between the Department of Geography, Durham University, and the Department of Geology, University of Tromsö. Specific objectives are to collate existing datasets and mapping of glacial geomorphology undertaken by the investigators (e.g. Ottesen et al., 2008; Winsborrow et al., 2010) to reconstruct the former flow ice flow patterns of the BSIS and then to identify zones of rapid ice flow (ice streams) within the BSIS and examine the key drivers (climate?) of major periods of ice sheet collapse. 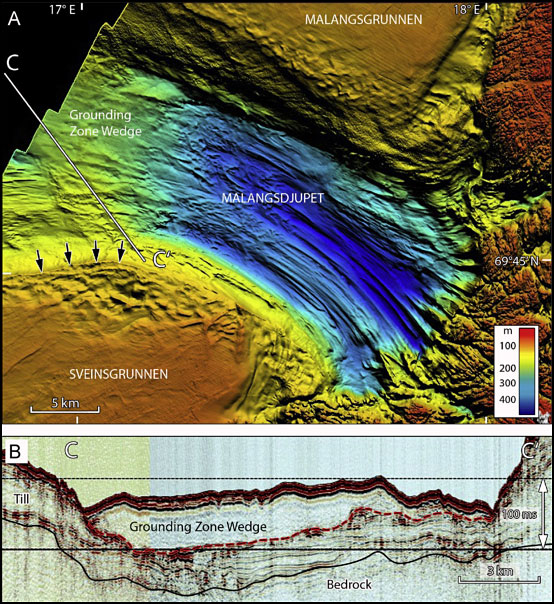