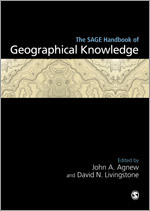 This essay will address how time has been treated in geography and argue the summary answer is too often over-simply if at all. That is of course an overstatement, but this essay will discus the work in a variety of traditions and suggest that geography has been marked by an unsophisticated treatment of time.
It starts with two approaches to time and geography that deal with longer term evolution first where time is seen as thickening places, providing them with tradition as a sort of experiential and temporal depth, and then, second, approaches to time that have followed the narratives of a modern time-consciousness to argue for the emergence of accelerated senses of time, and often then consequently thinned and diminished spaces. These approaches emphasise the commodification of time, and attend then to the creation of time to human design only to the extent that such rationalised designs are seen to return to haunt and dominate humanity, as Adorno and Horkheimer (1947) might have it, but pay little regard to technologies and strategies aimed at the control of time, and the colonization of the future. Those last two aspects bring the essay to the areas considered by time-geography, and the work that most explicitly focuses upon the allocation of time and space as resources in social life. The chapter assesses the key issues around this approach, before looking at how it can be used to inflect the notion of temporal plurality, by looking at different ‘time regimes’ operating in different places and then looking at the way it addresses, and does not address, multiple and conflicting temporalities in given places. The conclusion then returns to think about the nature of time and how we address it.