Working from the Centre for Social Justice and Community Action, a research centre run by University and community-based researchers, Rachel Pain and others have collaborated through participatory action research (PAR) with a range of partners. The "Re-visioning" project with Tyne and Wear Archives and Museums Service (TWAM) in 2010 focused on Newcastle's Discovery Museum, seeking to work with the museum to build on its existing strengths in community engagement. The findings of the project were used to support a number of funding bids including the development of a major new museum gallery on migration and immigration in the North East. 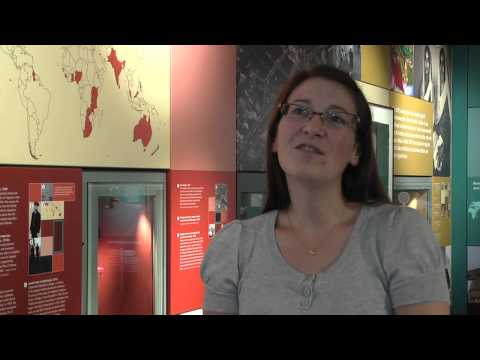 Kylea Little of the Discovery Museum in Newcastle explains the ideas behind Destination Tyneside, a new gallery in which migrant storytellers were invited to shape the content and presentation style of the gallery. The gallery was supported by the findings and practices of a participartory research project, led by Professor Rachel Pain of Durham University

TWAM has a longstanding reputation in the museum sector for community participation and is recognised nationally as a beacon of best practice. The Discovery Revisioning Project sought to develop an approach to working with communities, which was informed by participatory action research, in particular learning from community-based work which addresses issues of space, scale and participatory ethics. The research involved staff, stakeholders, visitors and audiences and non-visitors who have rarely been included in museum research. TWAM staff were trained in participatory techniques by the Durham researchers and conducted peer research. In addition to the development and transfer of a participatory methodology, a number of key findings regarding museum visitors emerged. 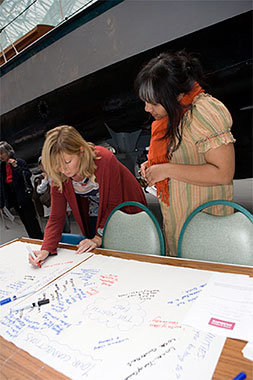 The research was used to support TWAM’s plans for a new permanent gallery: 'Destination Tyneside' which opened 12 July 2013. It documents past and recent migration to the North East. Destination Tyneside has established a significantly distinctive and different type of exhibition as part of TWAM’s permanent galleries. Migrant storytellers, for example, whose stories feature in the gallery were involved in the process of its creation. The gallery serves to recognise diverse local identities and to pass this understanding on to the wider public.

The findings from the Revisioning project led to enhancements in both curatorial and working practices within TWAM. This included the implementation of a number of recommendations on infrastructure, and enrichment of the research skills base and capacity of TWAM staff.

The success of the Revisioning project in turn led TWAM to commission a further piece of research through an ESRC CASE PhD studentship (Nuala Morse), which is focused on creating the institutional and infrastructural conditions to support and sustain participatory ways of working with diverse communities.