England 'won't make it past the quarter finals' in Euro 2016 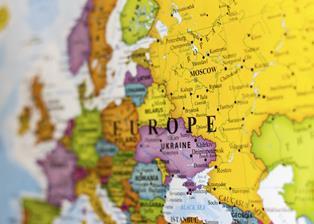 Based on the health statistics, Switzerland would walk away as European Champions for the first time in the competition's history, narrowly beating Iceland on penalties in the final.

The analysis of life expectancy of men in the countries taking part in the football tournament shows huge health divides between the wealthy countries of Europe, and clearly demonstrates that where you live can kill you.

The researchers from the Department of Geography are calling on governments across Europe to learn from each other and share best practice to narrow the gap.

The inequalities in health across Europe can be examined through the concept of a European Health Championship which has been created by researchers from Geography's Centre for Health and Inequalities Research (CHIR) as an accessible way to shed light on these stark differences.

From the round of 16 onwards, it scores each nation's football team based on the country's male life expectancy at birth for 2013. From these scores, the winners and losers of each group are decided as well as the results of the games in the knock out stages.

Men in Switzerland and Iceland are on average expected to live up to the age of 81, but with female life expectancy slightly higher in Switzerland than in Iceland, Switzerland would secure a narrow victory in the final.

England, with a male life expectancy of 79 years, would be winners of their group by beating Russia (63 years), Slovakia (72 years) and Wales (78 years), but losing to Iceland (81 years) in the quarter finals.

Looking at wider health figures, the UK has the worst overall mortality rate and the highest prevalence of obesity in women amongst western European countries.

The scores also reveal a clear east-west gap with worse health in eastern European countries compared to those in the west. For example, in Switzerland, as winners of group A, baby boys are expected to live up to 81 years old whilst in Ukraine, who finish bottom of group C, it is just 66.

Closer to home, Wales and Northern Ireland, with a male life expectancy of 78 years, would get as far as the final round of 16 but miss out on the quarter finals.

The underlying research on health inequalities is part of an international project led by Professor Clare Bambra, called HiNews, which is aiming to find out why these inequalities persist in European countries and what can be done to reduce them. It also features in a new book Clare Bambra, called 'Health divides: where you live can kill you', due to be published in August 2016.

Clare Bambra, Professor of Public Health Geography and Director of the Centre for Health and Inequalities Research, said: "What this analysis shows is that where you live can kill you but what is more important is that places can be changed for the better through the decisions made at local, regional and national level within countries. The factors influencing the health of people and places are politically determined.

"States across Europe should learn from each other, invest in the geographical areas where it is most needed, and show commitment to tackling these 'life and death' inequalities.

"I hope that by using football we can help to highlight these unacceptable differences in health, between European countries as well as those within them".

Caroline Costongs, Managing Director at EuroHealthNet, an organisation focused on promoting health and health equity in Europe, commented: "This European Health Championship clearly demonstrates that we can only win by protecting and promoting the health of all. In order to be competitive in football, or more generally in any endeavour in Europe, we need to ensure the health and wellbeing of everyone and to not leave any people behind.

"Strong and resilient teams do better and evidence tells us that investing in the reduction of inequalities pays off. EuroHealthNet, as the leading European Partnership in this area, is at centre field exchanging and supporting policies and actions to improve health, equity and wellbeing at EU level as well as within countries".