This work involved the mapping of glacial landforms and the investigation of glacial sediments along the length of the Tyne Gap in order to reconstruct the former pattern and behaviour of ice flow during the last glacial. Mapping of highly glacial bedforms, such as drumlins and lineations have allowed us to decipher former ice flow directions, whilst cross-cutting of these bedforms record multiple shifts in ice flow caused by migrating ice-dispersal centres and ice-divides. Our results suggest that the Tyne Gap acted as a significant ice-drainage pathway, with ice rapidly flowing eastwards into the North Sea. Subsequently, as NW Cumbria became less important as an ice-source region the flow of ice shifted and began to flow SE down the North Tyne Valley before stagnating and gradually retreating westwards. This final retreat of ice out of the Tyne Gap was associated with the development of a major proglacial drainage network in the Tyne Valley and the formation of Glacial-Lake Wear, which dammed against ice extending down the NE coast of England. 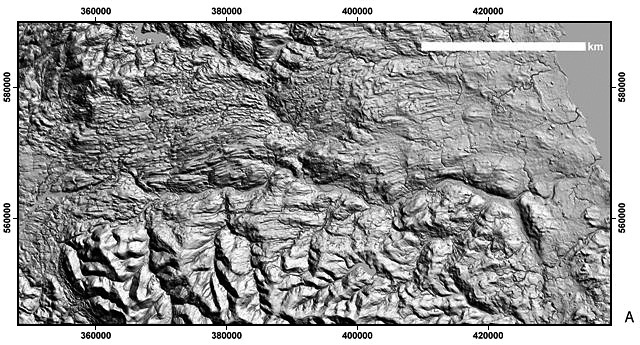 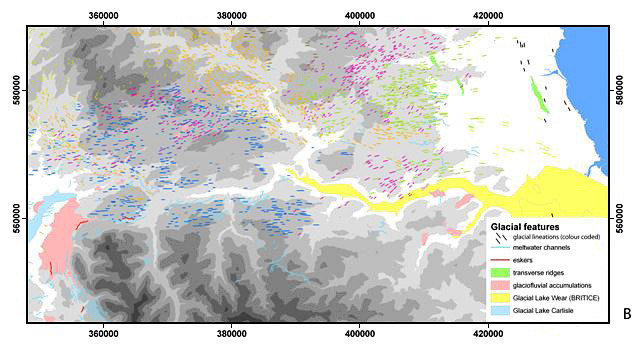