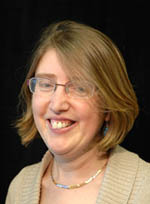 My research interests lie principally in the areas of eighteenth-century fiction and drama, sensibility and eighteenth-century writing by women. I'm particularly interested in the construction of gender and its relation to genre. My first book, Sensibility and Economics in the Novel, 1740-1800: The Price of a Tear (Macmillan, 1999) examined the ways in which the sentimental novel, traditionally perceived as a ‘feminine’ genre focussing on the affective and domestic, was in fact able to comment extensively on economic and political issues of the day, especially the status of commerce and women’s relation to it. I've also written on women’s legal standing in the eighteenth century and how it emerges in the fiction of the period, and delivered papers on the work of Sarah Fielding, Frances Brooke and Frances Burney. Burney is a continuing major focus of my attention and I've delivered papers on diverse aspects of performance in Burney's work at a number of conferences. Articles derived from these papers have appeared in the Journal for Eighteenth-Century Studies, Romanticism and Women’s Writing. An article on Burney’s negotiations of propriety in her Court Journals and Letters has appeared in Eighteenth-Century Life and an essay on Garrick's afterpieces in Restoration and Eighteenth-Century Theatre Research. Most recently, I have contributed several entries to the forthcoming Cambridge Guide to the Eighteenth-Century Novel and an entry to The Routledge Anthology of Women's Theatre Theory and Dramatic Criticism, and I am now working on an edition of Sarah Fielding's 1759 novel The History of the Countess of Dellwyn for the Chawton House Series.

I welcome inquiries from students with research interests in eighteenth-century literature, especially the novel and drama.