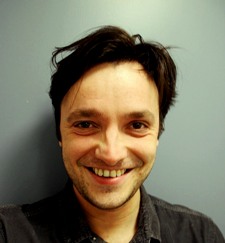 I joined the Department in 2018, having previously studied at the Universities of Zagreb (BA) and Warwick (PhD), and held research fellowships at the University of Cambridge (Thole Research Fellow, Trinity Hall, 2015-18), the Bodleian Library, Oxford (2017), and the Huntington Library, San Marino, CA (2018). I work mainly on English literary and intellectual history, 1500-1700, with wider interests in the history of poetics and hermeneutics in the Western tradition.

My doctoral dissertation examined the place of the allegorical tradition in the literary and intellectual culture of late sixteenth- and seventeenth-century England, and I am now completing a monograph consolidating my research in this field, titled The Allegorical Heresy: Allegory and Modernity in English Literature and Poetics, 1500-1700. I also continue to be involved in projects exploring wider perspectives on allegory and related subjects. I organized Allegory Studies? (Warwick, 2013); co-organized Rethinking Allegory (with Karen Lang and Peter Mack; Warburg Institute, 2015); edited Personification and Allegory: Selves and Signs (Arcade, 2019); and am currently editing Allegory Studies: Contemporary Perspectives (Routledge, forthcoming 2021), a volume collecting new work on the subject across a range of disciplines and specializations in the humanities and social sciences.

A new long-term project deals with developments in English poetics and literary criticism c.1600-60. This period remains a neglected and misunderstood episode in the history of English poetic thought, typically presented as a fallow interlude between the waning age of Sidney and the dawning age of Dryden.The project seeks to reverse this long-standing trend and recover what is in fact a moment of exceptional interest in the history of the subject. Among the first fruits of this research will be editions of three unpublished texts from this period: an essay on The Causes and Obiects of Delectation by Kenelm Digby, and two literary-critical fictions—The Ball and The Court of Astraea with the Arraignement of Romances—by Philip Kinder.

Relating to this interest is Poetics before Modernity: a collaborative project aimed at rethinking the history of literary theory in the West from classical antiquity to the eighteenth century, which I convene with Micha Lazarus. The project's outputs have included an eponymous seminar series (Cambridge, 2016-17) and a conference (CRASSH, Dec 2017), and two publications co-edited with Dr Lazarus are currently in preparation: 'Artes poeticae: Formations and Transformations, 1500-1700', special issue of Classical Receptions Journal (in press), and Poetics before Modernity: Literary Theory in the West from Antiquity to 1700 (under contract with Oxford University Press, forthcoming 2021).

Another long-term interest is the work of John Milton. Most of my current Miltonist research is based around the idea of Paradise Lost as a work of seventeenth-century 'science fiction': science fiction in the narrow sense, of a poem with a lot to say about other worlds, space travel, and encounters with extraterrestrial beings, but also in a broader sense, of being an imaginative expression of a number of heterodox theological and philosophical views which Milton came to embrace by the 1650s, and which, among other sources, informed what he would have seen as his 'scientific' understanding of the world. What happens, this work asks, if instead of ignoring or allegorizing it, we take Milton's science fiction seriously, including its furthest and least explored reaches: its radically material universe; its heretical, anti-trinitarian deity; its metabolizing, warring, shape-shifting, deep-space-traveling angels; its theanthropomorphic humans; even its anti-allegories of Sin and Death and the Pavilion of Chaos, which have baffled readers for centuries, but also find a place in the poem's intricate design. In addition to a number of publications currently in preparation, these interests also inform the special topic module 'Paradise Lost' as Science Fiction (ENGL3731).

My article 'The Satanic "or": Milton and Protestant Anti-Allegorism' was awarded the Review of English Studies Essay Prize for 2014 and was included in the journal's virtual issue celebrating the 350th anniversary of the first publication of Paradise Lost (1667).

Other current projects include the following commissioned chapters for edited volumes forthcoming c.2022:

I welcome enquiries from prospective PhD students interested in the following aspects of English literary and intellectual history, c.1500-1700: allegory and related topics; history of poetics and literary criticism; the work of John Milton; topical and satirical elements in the popular drama (esp. relating to religion and religious controversy).