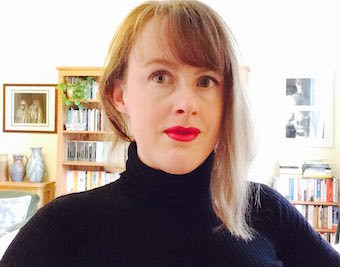 Office hour: usually 4-5pm Thursdays. Please email to check when the office hour is running, or to make alternative appointments.

I am Associate Professor of Modern and Contemporary Literature here at Durham. My research interests lie primarily in the modernist period, with particular expertise in literature's rendering of tactile experience and wider cultures of touch in the early twentieth century, and in modernist writing's engagement with mountain landscapes and the figure of the mountaineer up to and including the Second World War. Broadly, I investigate language's capacities and limitations when addressing the adventures of the human body.

I completed my studies at the University of Edinburgh, with a short break pre-PhD, working full time as a journalist. I was granted a postdoctoral fellowship at the Institute for Advanced Studies in the Humanities (Edinburgh), and held a permanent lectureship in modernist literature at Newcastle University (including a Leverhulme Research Fellowship) before joining Durham in early 2015.

I am the Department of English Studies' Deputy Director of Research, with primary responsibility for our Impact work. I sit on the departmental Research Committee.

My current research is split into two areas of investigation in the modernist period: various forms of mountain writing, and somatic, sensory, and gestural experience in literary contexts. High Modernism: A Literary History of Mountaineering, 1890-1945 was granted a Leverhulme Research Fellowship for 2013-2014, facilitating archival research around the UK. I then developed the book as a Visiting Research Fellow at the Institute for Advanced Studies in the Humanities, University of Edinburgh. A related podcast, 'Mountains' (recorded as part of the BBC Proms 2018), is available here. I chose not to publish my PhD thesis (on geometrical space in modernist art and literature). My first monograph, written as a postdoctoral fellow, was Haptic Modernism: Touch and the Tactile in Modernist Writing (EUP 2013; 2015). I extend this area of work in a monograph provisionally entitled The Modernist Fidget: Gesture, Attention, and Agency in the Early Twentieth Century.

I would be pleased to hear from potential PhD students proposing to work in the modernist period (c.1890-1945), or on modernist-influenced mid-century and contemporary writing. Projects tackling the body, the senses, or mountain-related writing are particularly welcome.

Visiting Research Fellowship, Institute for Advanced Studies in the Humanities, University of Edinburgh, with special attachment to the Mountaineering & Polar Collections, National Library of Scotland (Edinburgh), 2014-2015

“The Hero Project”: With colleagues at Birmingham and Aberdeen universities, the Royal Geographical Society (with IBG), and the National Galleries of Scotland (NGS), I was awarded AHRC funding via the Care for the Future Developmental Award route. We considered, through a variety of activities, the historical contingency of the identification of hero figures, and the role of the hero in forming national and/or community identity. Our online exhibition "No Heroes Any More?" used the collections of the NGS, was designed in collaboration with young people aged 16-18, and is available here. I was the project's Principal Investigator.

"Savage Arena: The Legacy of Joe Tasker": I co-curated, with the Mountain Heritage Trust and Ushaw College (Durham), an exhibition regarding the mountaineering and mountain writing achievements of Tasker. It appeared at Ushaw College, Keswick Museum, and (in an expanded version) at Preston Park Museum. The project was supported by the Heritage Lottery Fund.

"Exploring Archives": I have been organiser or co-organiser of several events bringing new audiences to the UK's mountain-related archives. One was "Mountain Legacies" at the Lit and Phil (Newcastle), which brought together academic researchers, librarians and the painter/printmaker Susan Dobson, for a day of talks and an exhibition exploring connections between on-site mountain painting and the history of mountain publishing.

"Performing Landscapes: Mountains": I am a member of the advisory board for Prof. Jonathan Pitches' AHRC Leadership Fellow Award project investigating the connections between climbing and performance pratice. More here.

"What Is It to Fidget?," BBC/Wellcome Trust Workshop, London, 5 September 2019. Invited.

"Black, White, and Read All Over: Mines and Mountains in the Modernist Press," Centre for Modern Studies, University of York, 1 May 2019. Invited.