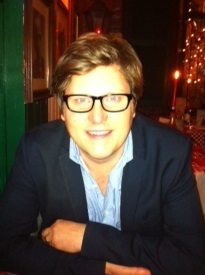 Peter Garratt joined the English Department in 2013. He holds a Masters and PhD from the University of Edinburgh and a BA from Durham. He is the author of Victorian Empiricism (2010) and the editor of The Cognitive Humanities: Embodied Mind in Literature and Culture (2016). Peter has interests in Victorian fiction and non-fiction, especially George Eliot and Ruskin, and also nineteenth-century philosophy and science. Current projects include a study of realist narrative and the science of mind, exploring the historical development of the cognitive sciences and their intersections with literary culture.

In connection with this, Peter was Principal Investigator on the AHRC network, Cognitive Futures in the Humanities (2012-14), a project bringing together leading international figures from philosophy, linguistics, literary studies and cognitive science to examine how the arts and humanities might respond to the 'cognitive revolution'. He is now a Co-Investigator on a major new project, 'A History of Distributed Cognition', funded by an AHRC standard grant (2014-18). A collaboration between Edinburgh, Stirling and Durham universities, involving Classics, Philosophy and English, it looks at external and environmental aspects of the thinking self from antiquity to the modern period--or, as one might put it, the mind beyond the brain (and the mind beyond the skull and skin).

Peter was the lead researcher on the British Academy-funded project, 'Making A Darkness Visible: The Literary Moment, 1820-1840' (2013). He is a member of the AHRC Peer Review College (2014-18), and an executive committee member of the British Society for Literature and Science. He is part of the interdisciplinary research team on Durham's Hearing the Voice project, an investigation into voice-hearing funded by a 5-year Wellcome Trust Humanities and Social Science Collaborative Award and hosted by the Centre for Medical Humanities. Peter is a Fellow of the Higher Education Academy, a member of the British Association of Victorian Studies, the North American Victorian Studies Association, and the American Comparative Literature Association, and he has given keynote lectures in Vienna and Helsinki.