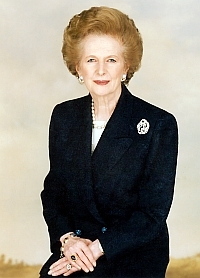 This conference will give researchers the chance to look back at the legacy of Margaret Thatcher and her influence on politics, popular culture and fiction.

Despite her death in 2013, Margaret Thatcher featured heavily in recent mainstream print and broadcast media coverage of the EU referendum debate. Archival footage of her campaigning in the 1975 referendum, negotiating with the European Community, and her infamous Bruges Speech were all included in various news programmes and documentaries on Europe. Following the referendum, an article in the Guardian claimed that Brexit marked the end of Thatcherism. By contrast, another article (in the same paper) hailed Brexit as the moment of Thatcherism’s resurgence. Following Theresa May’s move to Downing Street, multiple comparisons were made between Britain’s first female Prime Minister and its second, with Thatcher positioned as the original female leader. This is not uncommon: as Dr Farr will demonstrate in his keynote talk, female politicians across the world are compared to Thatcher to underline their conviction and leadership capability. It is almost 40 years since she became Prime Minister, but Margaret Thatcher remains prominent in both domestic and international politics. This conference invites researchers from across academic disciplines to share new critical perspectives on Thatcher, Thatcherism and the Conservative Party under her leadership.