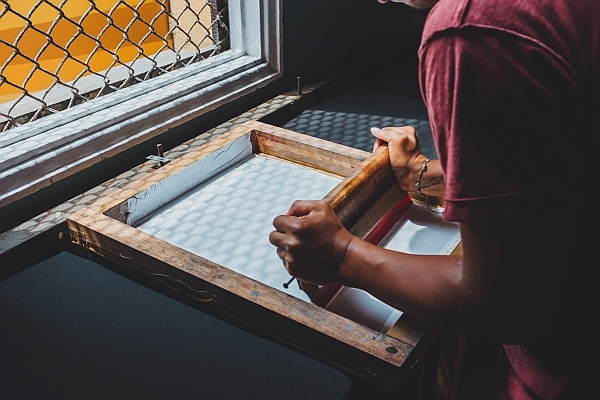 This symposium will consider research in relation to creative practice, initiating dialogue about interaction and fault lines between these activities. How does research, expansively defined, inform creative work in literature, visual arts and film? What can we learn from reflecting on the institutional, community and material contexts in which research, creative practice, and practice-led research take place? And can exploring these issues and entanglements open up new perspectives on questions of race and representation, and on diasporic cultural production?

The symposium will feature four prominent diasporan writers, artists and filmmakers, who have been invited to reflect upon the part of research in their practice. We hope it will bring together members of the public, practitioners, researchers, curators, and students of creative writing, film, photography and art. We also hope it will be a stepping stone to future projects.

The event is free but ticketed. Please book via the Tyneside Box Office 0191 227 5500. If you would like lunch please let Jennifer Terry know by 30 September j.a.terry@durham.ac.uk

Joan Anim-Addo is Professor of Caribbean Literature and Culture at Goldsmiths, University of London. A poet, literary critic and historian, she is Director of the Centre for Caribbean and Diaspora Studies. Her publications include Imoinda or She Who Will Lose Her Name, the poetry collections: Haunted by History and Janie Cricketing Lady; and the literary history, Touching the Body: History, Language and African-Caribbean Women’s Writing.

In her contribution Memorialising and the Urge to Move Beyond: Mobility at the Creative Interface, Joan will explore her position and hybrid practice as a writer-scholar; its relation to memorialising, ‘perverse commitment’, and, following Lubaina Himid, the ‘thin black line’ of diasporic resistance; and the larger question of the arts in an interdisciplinary diasporic curriculum yet to be articulated.

Tina Gharavi is a filmmaker whose work focuses on ‘untold stories, unheard voices’. She has made films from unique perspectives on subjects as diverse as Muhammad Ali, teenage sexuality, Yemeni-British sailors, The Lackawanna 6, death row exonerees, refugees and lighthouses. Her first feature, I AM NASRINE, a coming of age story of two teenage Iranian refugees in the North of England, was nominated for a BIFA and BAFTA in 2013. Since leaving Iran in 1979, she has been a true nomad, carrying no less than four passports; she currently teaches filmmaking at Newcastle University.

Tina will discuss and show an excerpt from her most recent film, currently in production, Tribalism is Killing Us.There are many versions of a story … but who gets to speak and who speaks for whom? Tribalism is Killing Us (TIKU) is a socially-focused feature documentary film that negotiates controversial issues around racism, otherness and marginalised groups, and draws from psychology experiments, popular culture and live footage. As a revolutionary collaborative storytelling project, the film will be accessible online for audiences to engage with and co-produce through an iteratively designed storytelling platform.

Lubaina Himid is Professor of Contemporary Art at the University of Central Lancashire. As a painter, writer and curator she has participated at an international level in exhibitions, conferences, books, and films on the visual art of the Black Diaspora since the early 1980s. Her work has ranged from shows such as the Thin Black Line (1986) and Black Woman Time Now (1983), devised to highlight the contribution black artists have made to visual art in Britain, to the series Swallow Hard: The Lancaster Dinner Service (2007), to her monumental installation Cotton.Com (2002).

Of her contribution Pattern, Text and the Act of Belonging, Lubaina writes‘since the mid 1990s much of my work has explored the potential for patterned cloth to “speak”. Examining nineteenth and twentieth-century printed and woven fabric from a number of East and West African countries has enabled me to understand how a sense of belonging can be expressed and experienced through cloth and clothing’.

Ingrid Pollard has played an important role in photography since the early 1980s, documenting black people’s creativity and presence in Britain. She became known for her photographic series questioning social constructs such as Britishness and racial difference. She has developed a body of work juxtaposing landscape and portraiture, which provide a context for issues of migration, family and home. With a training in film and video, narrative plays an important part in Ingrid’s work, as does the materiality of the photographic process.

Ingrid will present works from a series of on-going projects linked to Family and Belonging. Her images are ‘invested with a sense of belonging, are an act of belonging; be that through culture, heredity, practice, experience or through a landscape.’ The work she will discuss draws on archive materials from individual and public film and video as sources to examine the construction of British urban and rural stories of migration and belonging from the 1950s to the 1990s.