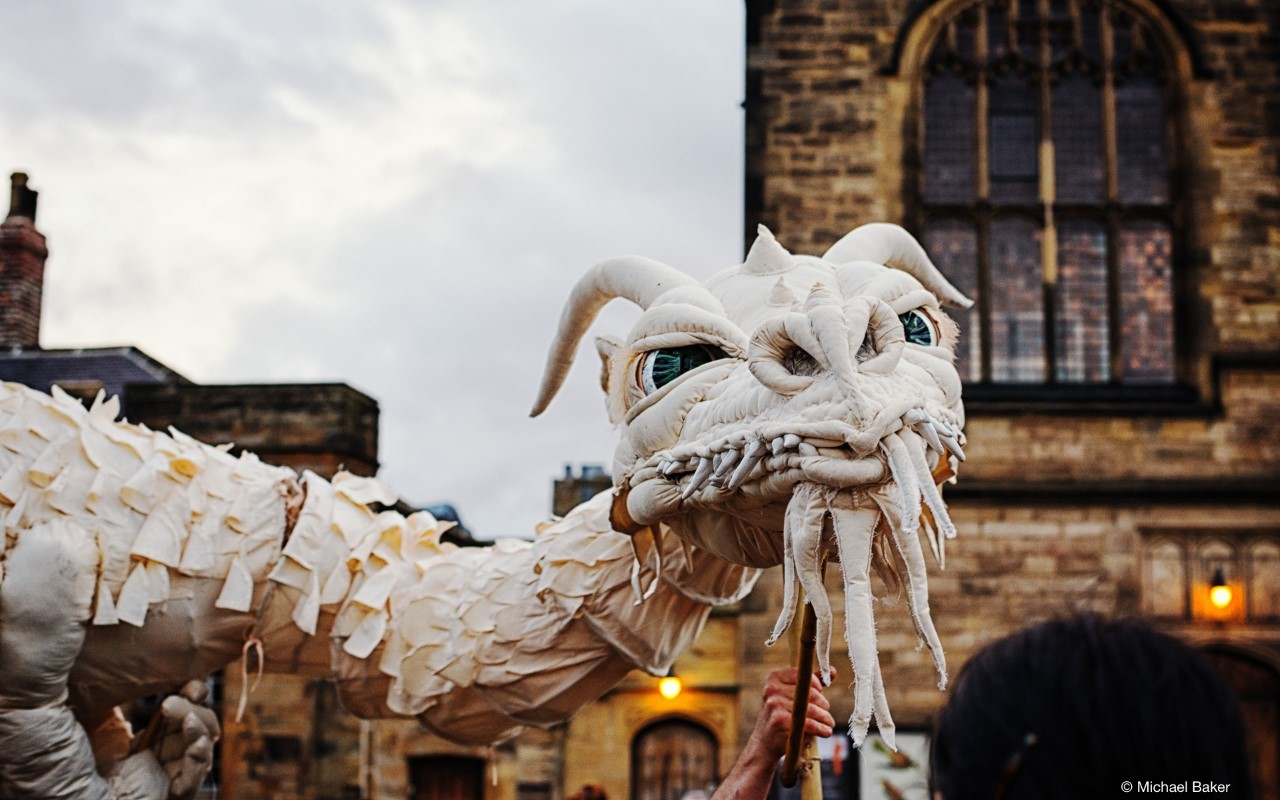 "Whisht! Lads": The Lambton Worm, Medievalism(s) and Radical Jack the Earl of Durham

Folk tales are slippery narratives, subject to changes in style, form, and sometimes even subject. In this lecture, I’d like to consider a folk tale which, although swathed a pseudo-medieval past, still bears great relevance today when considering the popular narratives and identity of the North East of England: the ‘Lambton Worm’.

The story tells of a young squire named Sir John Lambton who, whilst spending the Holy Sabbath fishing on the River Wear, catches a hideous worm. Hastily discarding the creature down a nearby well, the boy reforms his sinful behaviour. He returns as a hero from the Crusades, only to find that the little worm (another word for ‘dragon’) has grown to a monumental size, terrorizing the neighbourhood. Following a complex storyline including a local witch, razor blades, and a mix-up with a hunting horn, Lambton prevails and the day is saved.

Beginning as a story passed down only orally, the obscure narrative was supposedly only contained within ‘the memories of old women’ (Hutchinson, 1785). Yet throughout the nineteenth century, the ‘Lambton Worm’ became a household name.

But what made the ‘Lambton Worm’ so popular? And why, unlike many other similar ‘dragon stories’ in the North East, is the story still popular today?

In this lecture Jamie Beckett will be considering the link between regional folktales and Romantic-Victorian era medievalism(s), alongside the rise of the ‘Lambton Worm’ and the ascendance of the real-life Lambton Family of Co. Durham.

The charismatic figure John George Lambton – heir to the family’s estates, colliery owner, popular radical and earnest reformer – is central to the ‘Lambton Worm’ story. Through regional histories and popular chapbooks, pantomimes and plays, ‘Gentlemen’s’ periodicals and children’s books, as well as satirical cartoons, Jamie will explore the ways in which a political figure known as ‘Radical Jack’ and a folk story of the North East negotiated an often-conflicting cavalcade of personal, regional, and national identities.