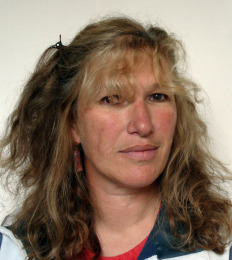 Teaching Staff in the School of Education

Ros joined the School of Education in 1996 having previously taught science/ biology in secondary schools and FE and PGCE students in Bristol. Now a Senior Lecturer her research interests include both the teaching and assessment of Evidence in Science, particularly in its application to fieldwork, along with school curriculum developments such as Working Scientifically see, http://www.dur.ac.uk/rosalyn.roberts/Evidence/cofev.htm for example.
Her current research is into the concepts of evidence and their role in developing understanding in open-ended investigations, argumentation, scientific literacy and social science research. It is relevant to both university and school curricula. Her research impacts on both undergraduate and school practice, science curriculum developments and science assessments.

Ros has, over the years, been Programme Director for our MAEd, taught doctorate and PGCE (secondary) Programmes. Currently she is our Undergraduate Divisional Director. She teaches and supervises on the primary BA(Ed) at Queen's Campus and the Secondary PGCE, focusing on key ideas in biology, scientific evidence and practical work. She supervises students at masters and doctoral level.

Good Foundations:
An Analysis of the Configurations of Factors Affecting Success in Non-Traditional Students on a Foundation Programme

The QCA cited our work about the curriculum, teaching and assessing for a Procedural Understanding in Science in their documentation to English and Welsh Awarding Bodies in 2004 to inform their preparations for the new 2006 GCSEs.

Our consultation work for AQA, the largest Awarding Body for Science, informed their curriculum and assessment of GCSE Science How Science Works. The science GCSEs were introduced in 2006 and, in 2012 for instance, there were ~50,000 AQA GCSE science entries. Over the years since the new specification has been examined 200,000+ pupils have been taught and assessed using AQA specifications which included our work for HSW.

The publication (2011). Ideas and Evidence in Science: Lessons from Assessment: An independent report to SCORE informed SCORE’s position about curriculum reform and was sent by SCORE to the NC Review panel, shared with DfE officials and was used at ASE Council in deliberations about NC Review. The research also resulted in an annotated exemplar item bank of questions which was distributed to Awarding Bodies and SCORE encouraged their use with developers and examiners. The report was cited by SCORE in their response to the Education Select Committee inquiry in November 2011.

More recently our work has been influential internationally. Scientific and Engineering Practices in the USA's Framework for K-12 Science Education cite our work as do the PISA 2015 Science Framework, an international assessment due to be taken in more than 70 countries.