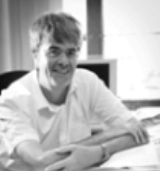 Julian (Joe) Elliott joined Durham University in 2004 from the University of Sunderland where he was Acting Dean of the School of Education and Lifelong Learning. Prof. Elliott taught in mainstream and special schools prior to practising as an LEA educational psychologist.
A Chartered Psychologist and Fellow of the British Psychological Society, he is registered to engage in clinical practice as an educational psychologist by the Health Professions Council. He is an Academician of the Academy of Social Sciences and a member of the REF 2014 Education Panel.
His research and teaching interests include dyslexia, achievement motivation, working memory difficulties, SEN, behaviour management, cognitive education, and psychological assessment. His research involves ongoing collaborations with partners in Europe, the United States, Asia and Australia.

Joe is a member of the Physical Wellbeing in Schools project. For further information, please see http://www.move-project.org.uk/

An application of the Triarchic Theory of Intelligence to students of English in a Taiwanese university: Reflections of an action researcher