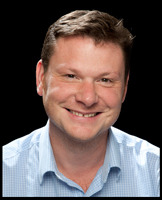 I am a specialist in the British and European Iron Age with a focus on landscape and field archaeology. My research is underpinned by a collaborative approach: I work closely with partners across Europe, comparatively with colleagues in Early Medieval studies, and co-productively with stakeholders beyond archaeology. I have been at Durham since 2006 having previously worked at the University of Newcastle and Cotswold Archaeology.

My research builds on my major field-based research projects, to examine how the transformations in monuments and society of the Iron Age can better be understood in wider comparison to social and urban development around the world.

The massive complexes, known as ‘oppida’, which appeared at the end of the Iron Age, represent a fundamental social transformation in European Prehistory. Often regarded as the first towns north of the Alps, these developments have traditionally been studied in isolation. Underpinned by major field-based projects, my research explores the comparative context of these developments, demonstrating how they should best be viewed alongside a range of alternative urban trajectories, such as low-density urbanism, elsewhere in the world. Two major projects are reassessing these complexes, taking a landscape archaeology approach to understanding their role, origins and place within wider settlement patterns. (1) Examining the nature of Late Iron Age urbanism in Gaul: Through survey and excavation, this project has sought to understand the nature of the environs of the world renowned oppidum of Bibracte in Burgundy, France. Our discovery of a massive, contemporary unenclosed complex at Sources de l’Yonne, close to Bibracte, is demonstrating the more complex nature of the Late Iron Age oppidum, potentially indicating that it is an example of dispersed urbanism. The first phase of this collaborative project, conducted with colleagues from the USA, France and Germany, is now in post-excavation. A second phase (with Ralf Hoppadietz, Leipzig/ Bibracte EPPC) is now examining the Gallo-Roman sanctuaries at the heart of the complex, establishing that they overlie Late La Tene religious structures. (2) A biography of power: Bagendon ‘oppidum’. An extensive field project at this major Iron Age complex in Gloucestershire, UK, is currently in press. It explores the changing nature of power and identity from the Iron Age to Roman period. Combining large-scale geophysical survey of the entire complex with analysis of both historic and new excavations. It is providing a radical new appreciation of the nature of this ‘oppidum’ as a landscape of power, with earlier origins and more complex roles than previously envisaged. It radically reassesses how we should define these complexes and their socio-political importance at the turn of the 1st millennium BC.

My work explores how the large social entities of the Iron Age manipulated places and landscape to articulate new forms of power. Exploring notions of heterarchy (e.g. Moore and Gonzalez forthcoming), building on my work on tribes and social organisation, it critically examines how we reconstruct and define larger social, political and ethnic entities, challenging simplistic notions of social complexity. Emphasising the connection between landscape and power, my recent work emphasises a comparative approach. Working with colleagues in Early Medieval studies, a new major Leverhulme funded project (‘Monumentality and Landscape: Linear earthworks in Britain’, with PI-Andrew Reynolds, UCL) will explore how both Early Medieval and Iron Age societies defined and manipulated landscape as expressions of power.

There have long been theoretical and methodological contrasts in European 1st millennium BC studies. I am keen on breaking down the barriers between different approaches. To this end, I co-organized an international conference to explore these issues. This resulted in a book ‘Crossing the Divide’ (OUP 2011) which focused on critical discussion of the problems with, and reasons behind, current divisions. Many of my other publications explore the current state and future direction of Iron Age studies in Britain and beyond.

I believe it is crucial to explore how we can transmit landscape archaeological research into contemporary reconsiderations of sustainable management of Europe’s landscapes. A major European project ‘REFIT: resituating Europe’s first towns: A case study in enhancing knowledge transfer and developing sustainable management of cultural landscapes’ has used oppida as case studies in exploring the ways in which farming, heritage and wildlife can be integrated in landscape management. Funded by an EU-JPICH Heritage Plus grant (€354,000) this project is a cooperation with partners in France (Bibracte EPPC) and Spain (Universidad Complutense, Madrid) and worked co-productively with key landscape stakeholders: Gloucestershire Wildlife Trust; Reseau de Grand Sites de France; Natural Parc du Morvan; Regional Government of Avíla and Cotswold Archaeology. The project has developed a broader understanding of the perceptions and needs of stakeholders whilst integrating them into developing new strategies and policies. It emphasises the need to champion archaeology as a key driver in connecting stakeholders in sustainable landscape management.

Digital and other resources from the project can be found at: www.refitproject.com

I am keen to supervise postgraduate research on any area related to the themes above or aspects of the European Iron Age. Past students have undertaken topics such as:

Sam Wilford 'Riddles in the Dark? Cavescapes Across The British Isles During the 1st Millennia BC and AD (800BC-800AD)' (now Sr. Archaeologist, Florida, USA, Department of State Historical Resources).