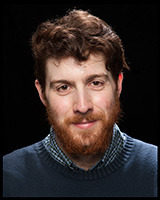 The Unity of the Kingdom of Northumbria: An Archaeological Perspective

The Kingdom of Northumbria was formed initially from Bernicia and Deira, with later conquest and political alliances increasing its borders. At its greatest territorial extent, Northumbria encompassed a region spreading from the Firth of Forth in Scotland in the North to the River Humber in the South and from Britain’s eastern coastline to its western coastline. Beyond its borders, numerous other kingdoms would, at various points, pay tribute to its leaders. Three of Northumbria’s rulers could claim the status of Bretwalda, a title which reflected their domination of the Anglo-Saxon kingdoms south of the Humber.

The implications of such expansion and conquest over so large and diverse an area are not fully understood. Archaeological evidence suggests a complex picture regarding the unity and connectedness of the individual parts of Northumbria. Foreign imports such as glassware, pottery and coinage are distributed unevenly in the kingdom. While significant concentrations of such material can be found in areas like the south west of Scotland and Yorkshire, they are largely non-existent in the eastern half of Britain between the Tees and the Firth of Forth. In some respects such as the difference in the quantity of material recovered north and south of the Tees, this distribution reflects the border between Bernicia and Deira. Similar uneven spreads are also evidenced when the location of sculptural monuments such as hogbacks are plotted. Within these uneven distributions, there are further divisions. The area south of the Tees as well as producing significantly more strap ends and brooches, has also produced a much greater variety of types of such material. What emerges is a picture of a kingdom with significant regional differences.

Despite these, the core of Northumbria, Bernicia and Deira, and much of the kingdom remained united for over two centuries. Territory may have been lost to hostile neighbours but there was no fragmentation of the kingdom. Only with the Scandinavian settlement in the second half of the ninth century did the old divisions seem to re-emerge. The Tees seems to have become a border once more, with the areas north and south of it having greatly different experiences of Scandinavian settlement and much of the former kingdom breaking down into smaller polities dominated by either the Scandinavian kings of York, the earls of Bamburgh, the Community of St Cuthbert and later the kings of Wessex.

My research focuses on three main areas. Northumbria’s origins and later development are not fully understood. Following Bernicia and Deira’s unification, Northumbria would expand significantly, mainly through conquest. The first aim of my research is therefore to better clarify the nature of this conquest and how large territorial gains were consolidated. My second aim is to propose to what extent Northumbria can be classified as a unified kingdom in light of the disparities in the distribution, quantity and variety of the archaeological remains throughout the kingdom. The third and final strand of research will explore the fragmentation of Northumbria and in light of the findings of the second aim, the possible reasons for Northumbria’s break up during the ninth century.

Tutor – Medieval to Modern: An Introduction to the Archaeology of the Medieval to Post Medieval World (2019/2020)

Tutor – Medieval to Modern: An Introduction to the Archaeology of the Medieval to Post Medieval World (2020/2021)