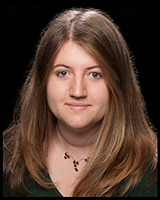 BA (Hons) in Anglo-Saxon, Norse and Celtic, University of Cambridge (2014)

MPhil with Distinction in Archaeology, University of Cambridge (2016)

Elaborate necklaces, characterised by the use of precious metals and exotic raw materials and the influence of Mediterranean styles, represent a key aspect of the considerable investment in well-furnished female burials from across seventh-century Anglo-Saxon England. The women buried with this jewellery clearly enjoyed a particularly prominent role in seventh-century society, but as a phenomenon, these burials and the objects they contain remain poorly understood. This project intends the first comprehensive interrogation of these jewellery sets in terms of their composition and manufacture, considering the social, political and religious context of their production, use and deposition, and assessing their unique role in relation to elite female identity and expression. My research will provide insights into changing Anglo-Saxon material culture, social identities, long-distance trade networks and funerary rites, and elicit new information on the social position of women in the political and religious developments of the seventh century.

2018: 'Objects, people and ideas on the move in the seventh century: the evidence from female dress', Movement(s): Durham-McGill joint conference, 7 May, McGill University, Montreal.