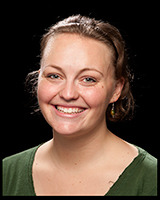 I have a BA, MA, and Museum Practices Certificate from Brigham Young University. My professional experience - which has significantly impacted my education and current research - ranges from the Middle East to the southwest/Great Basin regions of the United States. In addition to finishing my PhD, I am the Assistant Director and Technical Specialist for the Ad-Deir Monument and Plateau Project in Petra, Jordan.

Use & Development on the Ad-Deir Plateau: The Impact of Inheritance.

My recent interests are in how perception impacts use - whether that be in the past or today. My current research is driven by that interest. Because of my museum experience and exposure to specific projects in my professional career, I am also very aware of the impact of archaeological work on heritage development and cultural identity. The interests are very much reflected in my current research.

The foundational argument of my thesis is that perspectives and narratives - inherited through various means over time - significantly impact the use, modification, study, and development of archaeological features and sites. Given available historical, archaeological, environmental, and heritage data; my research is focused on the impact and potential motivating forces behind the use and development of the Ad-Deir Plateau over its known history. Initially, I assess the physical manifestations of adaptive activity as they have impacted the evolving identity of the Ad-Deir Plateau and those on it. Based on those resulting patterns of the past, I then analyse the potential impact of current initiatives for the future of the Ad-Deir Plateau archaeological site. In short, I first examine evidence of what has occurred over time, what it may mean for the future, and how the issues or strengths identified could be used to address the results of my analysis.