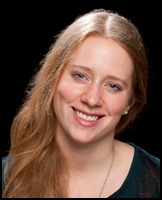 MA in Social Archaeology with Distinction, University of Southampton, 2014

Archaeologists have long recognised the deep connection between archaeology and nationalism. The momentous changes in the political landscape of the past decade demand renewed scrutiny of this persistent relationship. A postnational critique offers the potential to understand how the study of the past intersects with national narratives and articulates new ways of acting against it. In contrast to recent archaeological research that has focused on postcolonialism, this thesis argues for an urgent return to, and critical analysis of, the fundamental relationship that lies at the heart of the nation-state project.

The postnational critique advanced here identifies and questions the use of material and textual evidence from the past in support of methodological nationalism. It argues against the perpetuation of exclusive categories of identity and dualities such as ‘civilisation versus barbarism’. These issues are explored in modern-day Romania, which is a valuable example due to its physical and conceptual ‘marginality’ in relation to Western Europe and its strong and regionally distinct appeal to the past. This thesis examines how Romanian nationalism developed in relation to the archaeological evidence found within its territory. The history of modern Romania is examined through a postnationalist lens over the longue durée. This demonstrates that, although the narratives can be written as constrained by the interests and limitations of previous research traditions, it is possible to identify themes that advance a postnationalist perspective. Even pasts which have been deployed in support of nationalism can be re-imagined to advance more inclusive accounts. While archaeological research continues to be used, deliberately or subconsciously, to support nationalism, the postnational critique suggests possible alternatives. This approach potentially can transform narratives of the past in support of a new and more inclusive future. As such, this thesis advocates for greater politicisation of archaeology, and archaeologists, as a force for positive change.

Lead session organizer for 'The Politics of the Roman Past in the 21st Century', European Association of Archaeologists Conference, Bern, 4-7 September, 2019.

Digging Politics: The Ancient Past and the Political Present in East-Central Europe, University College, Durham 12-13 June, 2019. Workshop organised with James Koranyi from the Dept. of History, funded by the Arts and Humanities Faculty of Durham University.

Beyond the Trench: A Workshop in Archaeological Pedagogy - 8th Dec, 2017 with funding from Dept. of Archaeology's Research Dialogues initiative, https://www.dur.ac.uk/archaeology/postgraduate/research_dialogues/beyondthetrench/

TRAC Workshop on the Iron Age and Roman Heritages, with Richard Hingley and Chiara Bonacchi, 28-31 March, 2017.

2017: 'Beyond the frontier: Excavating the Romans in Romania,' Archaeology Seminar Series, University of Edinburgh, 9 Nov.

2017: 'Beyond the Frontier: Excavating the Romans in Romania,' Roman Discussion Forum, Oxford University, 24 May.

Project Coordinator and Site Manager for Excavations at Halmyris, Romania.