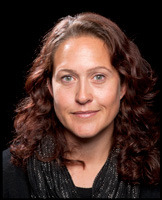 A Comparative Study of Spinal Disease in Ancient Nubians during the Meroitic to Christian Periods.

Nubia was an important gateway for trade between Egypt and the rest of Africa. In ancient times, Nubia stretched from the first cataract south to the site of the Dongola Reach. Today Nubia is divided between Egypt and the Sudan, lower Nubia being part of Egypt, whilst Upper Nubia is part of the Sudan. With the building of the first Aswan Dam in 1907 and the second in 1960, which flooded most of what was ancient Nubia, archaeological interest in the area has grown and as more settlements and burials are being discovered and excavated a clearer picture of how these people lived is being created (Alvrus, 1999).

The focus of my research is on spinal disease, a globally widespread problem today due to normal stresses of everyday life. It should be noted that becoming bipedal many thousands of years ago compromised the health of our spines such that the stresses of everyday life can lead to spinal disorders (Merbs, 1996) A comprehensive study of spinal health, reflecting those stresses has not yet been achieved for Sudanese populations in the past but it can potentially tell us much about a past population’s health and welfare, for example a population’s overall quality of life, and the occupational and environmental stresses that led to spinal disease. Most importantly, it provides a comparative dataset for modern clinical studies.

In modern Sudan a large number of the living population still live in rural areas, and are dependent on agriculture, including keeping of cattle, for their livelihood, in much the same manner as the ancient Nubians. Farming is considered one of the most dangerous occupations today; for example in the USA over 700 farming related deaths occurred in 2011 along with 150,000 disabling injuries (Reynolds, 2011). However, data collection and reporting on occupationally related injuries and disease for the Sudan and other Sub Saharan countries today are not complete, which is because national policies for reporting and maintaining records are not in place or not widely enforced (Loewenson, 1999). It can be hypothesized that living in such harsh environments (desert and rocky land) (Van Gerven et al, 1995) and working in dangerous occupations would lead to injuries and joint degeneration in the spine in past Nubian populations studied. Therefore, this research will collect data on spinal disease and trauma through a comparative study of spinal disorders, with the objective of providing a picture of health, quality of life and environmental stresses faced by ancient Nubians during the Meroitic to Christian periods (300B.C. to 1500 A.D).

2011 and 2012 Guest Lecturer for the MSc in Biomedical and Forensic Studies, Department of Life Sciences, University of Manchester.