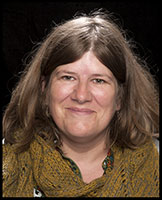 In 2019 I completed an MA in Archaeology at Durham University. My dissertation looked at human remains in Eastern England 1200 – 400 BC

I have experience of archaeological excavation, post excavation work and report production for a commercial unit.

1998-2001 I was a committee member of the Architectural and Archaeological Society of Durham and Northumberland, subsequently holding the position of secretary from 2001-2002.

I completed a BA (Hons), with a First in 2000 at Durham University and was awarded the Charles Holmes prize (St. Cuthbert’s Society), for best academic performance. My undergraduate dissertation was a spatial analysis of Iron Age Burials in Kent.

Delivering the Dead: Reassessing the treatment of the human body and associated funerary practices in Britain and Ireland 1200 – 400 BC

Late Bronze and early Iron Age human remains in Britain, have largely been overlooked, due to an acceptance that they were disposed of in an archaeologically invisible way. Twenty-five years have lapsed since the only comprehensive study of the dead from the period in Britain (Bruck 1995). A re-evaluation of these human remains is long overdue. The huge amount of data obtained from commercial archaeological work, advances in scientific techniques and recent prominence of sites such as Cliffs End Farm, Thanet (televised on Bone Detectives), allow for the construction of new narratives.

Radiocarbon dating has enabled the identification of unurned cremated human bone and unaccompanied inhumations of Late Bronze Age and Early Iron Age date, making it possible to compile a more comprehensive database. Both stable isotope analysis and DNA have the ability to identify movement of individuals within the landscape.

My Doctoral work will build on my MA thesis which looked at the dead in Eastern England 1200 – 400 BC. This resulted in the recognition of a cremation rite and a sense of place, with the reuse of earlier funerary sites as a focus for the placement of the dead, which continued well into the Late Bronze Age. This is contrary to the accepted norm, that there was a move away from monumentality and a focus on settlement and agricultural land, the processing and disposal of human remains leaving little trace.

I will investigate the data for Britain and Ireland to look at the burial rites practiced, age, gender, the chosen placement in the landscape for final deposition, proximity to earlier monuments, contemporary settlement and water sources. Any shifts spatially or temporally will be identified and any unusual patterns in the burial record will be highlighted and investigated. With the use of GIS, the funerary sites will be placed into a Late Bronze Age and Early Iron Age landscape.

Emerging from the Shadows: An Analysis of Late Bronze Age and Early Iron Age human remains in Eastern England (1200 – 400 BC)