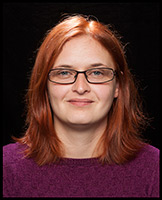 Tradition, Innovation and Identity in the Visual Culture of Religion in Iron Age Crete. A comparative perspective.

The project aims to improve the understanding of Cretan religion and society between 800 - 500 BC by comparing the monumental architecture and imagery that emerged to serve Cretan cult with their counterparts in contemporary Near Eastern societies. It investigates the emergence of Cretan cultic spaces and their role in creating social and political identities by placing them within a wider Mediterranean context. Since the discovery of first Bronze Age Cretan palaces, Crete has always been seen as a forerunner of cultural traits of the ancient Greek world. In the Iron Age, after a period of decline, the island emerged again as a forerunner with the earliest and most intense revival of foreign contacts and as the earliest in the Greek world precursor of ‘oriental revolution’ – an increased interest in imported goods. In this context the comparison of Cretan and Near Eastern religious iconography in relation to social and cultural changes is especially vital. The project offers a comprehensive and sustained synthesis of the available Cretan sanctuary monuments and religious iconography within their geographical, spatial, and social settings in comparison to their Near Eastern counterparts. That will improve the understanding of the religious and cultic sphere of Crete and highlight the rationale behind the choice of the images and forms, and the dynamics that governed that choice.