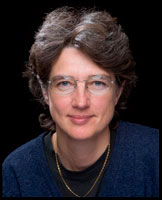 I am a specialist in Egyptology with a particular focus in areas of both hieroglyphic texts as well as field archaeology. After reading Oriental Studies (Egyptian with Coptic) at Liverpool University (BA 1985), I continued to develop my interest in the Egyptian language. My specialist research for my PhD was a lexicographical study of the hieroglyphic texts in the Ptolemaic period Temple of Edfu (1991). Evolving out of this study, I continue to research the Egyptian hierogyphic writing system, temple ritual practice and the interweaving of mythical stories into Egyptian religious practice as a whole. I worked for seven years as Assistant Keeper in the Department of Antiquities in the Fitzwilliam Museum, Cambridge (1992-1999), where I developed a wider passion for material culture of Egypt, the Classical World and the Near East. Since 1999 I have been employed as a Lecturer and Senior Lecturer in Egyptology at the Department of Archaeology, Durham University.

My first archaeological work was at Bearpark near Durham, while I was at school. I have since worked on various projects in Egypt: as epigrapher at Qasr Ibrim and archaological supervisor at Ashmunein, Sinai, Tell el Balamun and Zawiyet Umm el Rakham.

I am currently the Field Director of the joint Durham University/Egypt Exploration Society/Supreme Council of Antiquities project at Sais (Sa el-Hagar), which was funded by the Arts and Humanities Research Council of the UK (2002-2007). The work at Sais is looking at settlement changes in relation to wider landscape dynamics and change, as well as specific sharp changes in settlement structure. The rebuilding of the late New Kingdom-Third Intermediate Period city after a collapse-event is of particular interest as it provides a sealed context for the late Ramesside city and a change in building decisions in the next phase. The long period of settlement from the Neolithic period to the modern day, with continuous but not necessarily contiguous settlement also provides an unparalleled chance to understand the relationships between material culture of differet periods in one palce and in in comparison with other Delta and Valley settlements.
http://www.dur.ac.uk/penelope.wilson/sais.html

I am also actively involved in the Egypt Exploration Society/British Academy Special Project 'Delta Survey'. The project aims to record and investigate as many of the archaeological sites in northern Egypt as possible. Many are in remote areas, such as the lagoons in the very north of the country and are visited only rarely.

I am currently also carrying out survey work at Tell Mutubis, a large Late Roman site near Rosetta, in order to understand cultural transitions during the Roman period to the early Islamic period. This project will include training and heritage development aspects. It has been supported by funding from the British Academy IPM award scheme and will be a separate monograph focussing on the development of the Bolbitine/Rashid Nile branch system.

I am interested in the dynamics of life in the Nile delta including coping with the Nile's flood regime in the past, the development of urban centres and the tension between agricultural life and the state. I am also interested in the interactions between the religious life and thinking of the temple and the world outside and the nature of religious experience in 'ordinary' daily life. My current work is focussed upon the process of change in material culture and settlements from the Pharaonic period, through the hellenistic and Roman eras, to the Christian and Islamic periods.

I am interested in supervising students in subjects connected with the archaeology of the Delta, settlement archaeology and Egyptian material culture of all periods. In addition, I am also keen to supervise work on Ptolemaic hieroglyphic texts in general. Themes such as connectivity, geomorphology, sustainability and materiality in Egypt are also of interest.