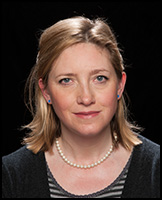 This research builds on a growing recognition that a sense of disciplinary history both informs the way archaeology is practised today, and enhances our ability to communicate our work to a variety of audiences, reflecting the dynamic and changing nature of interpretations of the past. Inspired by recent approaches to historiography, it will also investigate whether there is a relationship between where, geographically, archaeological knowledge is created, the forms such knowledge takes, and how it is perceived (cf. Díaz-Andreu 2012).

To engage with Eric Birley’s career as an excavator, teacher and scholar, is to explore the history of the archaeological study of the northern frontier, from the 1920s to the 70s. This project will examine the interconnecting spheres of the local antiquarian societies based at either end of the Wall, the ‘school’ of Roman military archaeology which developed under Birley’s tutelage at Durham University, and the international network of scholars working on different frontiers of the Roman Empire, of which he was part. In this connection it aims to make a full account, using interview material and correspondence from the archives at Vindolanda as well as published work, of Eric Birley’s role in the International Congress of Roman Frontier Studies, first held in Newcastle in 1949 to coincide with the Centenary Hadrian’s Wall Pilgrimage.

2016: ‘Victorians on the Edge: An early excavation in context,’ Edge of Empire Conference, University of Durham, 2 September.

2019: Filmed interview of Professor Rosemary Cramp, commissioned by Durham University Department of Archaeology as part of her 90th Birthday celebrations.