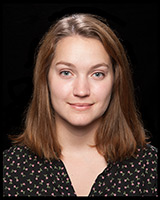 Curse tablets and cultural change in Britain in the Roman period

The practice of written cursing was widespread geographically and chronologically in the Mediterranean world. Evidence of this practice in Britain consists of some 300 lead tablets, most of which bear inscriptions in Latin. A number of features are apparent upon examining these items, foremost being a preoccupation with cursing thieves. In Britain, only a small handful of known curses can be said to not have been prompted by theft or wrongdoing of some kind. This differs drastically from the larger body of extant curses from the Mediterranean world, which usually aim to thwart a rival. A second apparent feature is a preoccupation with bloodshed and violence. The users of the curses in Britain – whether they target unknown thieves, suspected culprits, or known offenders – often request that the addressed deity (most commonly Sulis Minerva at Bath or Mercury at Uley) issue severe punishment to their targets.

My research aims to study the language and material context of the British curse tablets in order to address the questions raised by these observations and others. Why is it that these ‘prayers for justice’ are popular in Britain while other forms of cursing are not? Why do the curses call for such apparently harsh punishments, including the atonement for crimes through payment in blood? I also look at the identities of those who used and were affected by curse tablets, including the ways they identify themselves and their targets. The best way to answer these questions is to look at the ‘bigger picture’ as well as specific phenomena, and so I aim to employ global perspectives and studies of identity.