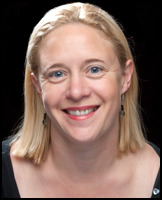 I have long-since felt that, apart from a golden few, the N/EBA ceremonial structures in northern England have frequently been marginalised and/or neglected in comparative studies and discussions about such structures in a British context.

In fact, from the earliest antiquarians, archaeologists have been overly fascinated by southern Britain’s prehistoric structures, like those in Wessex. They have assumed that those monuments are the only, the best and the most interesting examples or type-sites in Britain. Although northern sites have provided early dates and new archaeological material and information, many British archaeologists have failed to grasp the importance of our structures. In fact, even when the article/book’s title encompasses only northern England’s prehistoric structures, the author(s) somehow feel obliged to provide comparison with structures in southern Britain, particularly with Wessex, rather than presenting their data in its own right. It is as though archaeologists are required to stick to a formula where every site must be compared to Stonehenge, other southern sites or Orkney, in order to be valued.

While the Wessex and Orkney monuments are awe-inspiring, some of their sites have been under continual scrutiny, investigation and constant publication, with some archaeologists unable to see the magnificence beyond. This bias seriously affects the ways prehistoric monuments are understood.
Despite many references to this disparity by, for example, Barclay (PPS67, 2001, 1-18) or Harding (Cult Religion and Pilgrimage, 2013, 1-2), the situation continues. In fact, this issue has been unresolved for forty years (Miket 1976, 113).

During my MA dissertation, I intend to re-highlight this partiality, through cataloguing and specific references to national books and journals on the subject, and to suggest ways to remedy this situation. I will also demonstrate the variety and complexity of northern England’s structures within their N/EBA landscapes.

Winner of the Peter Scott Prize for Archaeology, University of Durham, 2013 and 2014

SWAAG – I’m a member of their Fieldwork Studies Group – am involved in Geophysical and Landscape projects and twice-yearly excavations. I wrote a booklet on Ellerton Priory, Swaledale for them in April 2014 and am currently writing the Interim Report for last summer’s excavation of a Roman habitation site in Swaledale.

Altogether Archaeology – I was involved in their Long Meg, Penrith, dig, for 9 days, in March 2015.

Also, in press, “An Investigation into the Neolithic and Early Bronze Age circular ceremonial structures of northern England and the reasons behind their location, shape and material”. (BA Dissertation) (SWAAG).