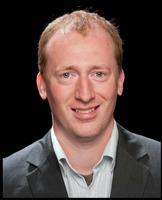 I completed my BA in Archaeology at Durham University (2002-2005), focussing for my dissertation on change and continuity in the post-Roman period of southwest England. I undertook a Masters’ degree in European Archaeology at the University of Oxford in 2007-2008, before returning to Durham to begin my doctoral research in 2014. I have continued part-time since 2015.

In addition to my academic training, I have experience in commercial archaeology in the UK, and in EFL and pre-sessional teaching, and have volunteered with several museums and community archaeology projects.

My PhD research is to examine the influence of Roman remains in the landscape on early medieval society in England.

Structures can endure in the landscape for long periods, even after the society that created them no longer exists. They act as reminders of the past, while also taking on new meanings for those who interact with them. This study considers the influence of Roman remains in the early medieval landscape of England, and their role in the creation of group identities in the sixth and seventh centuries.

The social structures of the eighth and ninth centuries, exemplified by the re-emergence of monetisation and urbanisation, mark a substantial change from the small-scale chaos of the fifth century, but they did not emerge fully formed. Rather, they were part of a creative and evolving society in the sixth and seventh centuries. What effect did Roman remains, symbols of the last large-scale society, have on this society?

The landscape of the early medieval period is understood better than ever before, thanks to big-data projects. Together with several recent county-area projects looking at the development of early medieval landscapes, and others applying GIS techniques in new ways, these provide a theoretical and methodological starting point for moving the discussion to a national scale.

This project examines the evidence from three regional study areas, in the context of previous local and large scale studies, to examine the meanings applied to Roman remains in the landscape by early medieval populations and discuss their importance relative to other features of the landscape, and their potential for similarity and variation across the country.