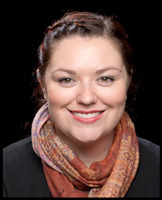 All out of proportion? Stature and Body Proportions in Roman and Anglo-Saxon England

The aim of this thesis is to assess the adult stature and body proportions of Romano British (AD 43-410) and the Anglo-Saxons (C. AD 400-1100) skeletal populations, throughout various geographical locations in England. Stature has been utilized to indicate health and growth in past populations as it is associated with nutrition and stress experienced during the growth process, whilst body proportions can reflect adaptations to local environments. Previous studies throughout different periods and cultures have assessed stature (Raxter et al., 2008; Sciulli et al., 1990; Steckel, 2004) and body proportions (Giannecchini and Moggi-Cecchi, 2008; Schweich, 2005; Temple et al., 2008), however few have focused on these two time periods. The stature and body proportions of both populations will be determined through the reconstruction of living stature through the use of Raxter et al. (2006) revised Fully’s anatomical method and through the analysis of a variety of indices. New mathematical regression formulae will be created for each population based on the reconstructed living stature, which will be statistically compared to mathematical regression formulae currently utilized by bioarchaeologists to determine accuracy of each equation. The use of different indices will aid in assessing possible ecogeographic patterns with regards to body morphology. Finally, this study of stature and body proportions will aid in the assessment of temporal or geographical trends with regard to social status, sex and population mobility.