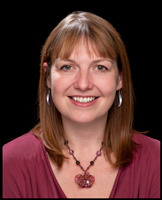 I studied for my undergraduate degree at Durham and it was here that I first developed an interest in bioarchaeology. After graduating I completed a Masters degree at Sheffield before returning to Durham for a PhD in 1998. I then worked as a postdoctoral research assistant at Sheffield University before being awarded a prestigious Junior Research Fellowship at St John’s College, University of Cambridge. Whilst at Cambridge I began to collaborate with several members of the Classics Faculty on projects involving human skeletal remains from Roman Italy and Britain, which continues to this day. In October 2006 I was appointed as Lecturer in Bioarchaeology at the University of Durham. I am delighted to be teaching and researching human skeletal remains in the department where they first fascinated me. I was promoted to Professor in 2019.

At Durham I contribute to the Department’s world-leading Bioarchaeology Research Group. One of my key research strengths is the integration of scientific evidence from the skeleton with theories of social identity and embodiment. The Social Archaeology of Funerary Remains, co-edited with Professor Chris Knüsel (University of Bordeaux) and Human Identity and Identification, co-authored with Professor Tim Thomspon (Teesside University), exemplify this approach. Most recently I was PI on the British Academy funded project The Children of the Revolution, examining the impact of poverty and child labour on childhood health during the industrial revolution in Britain, and the Wenner Gren funded project The Infant/Mother Nexus in Archaeology and Anthropology. Both of these projects have been highly inter-disciplinary. I also lead an Impact Case Study based on my development and delivery of an innovative CPD course to national and international forensic practitioners. I collaborate with a number of international agencies (including the International Committee of the Red Cross and the Centre for Missing Persons in Cyprus). I advise human rights lawyers and those working on transitional justice on international cases involving human skeletal remains.

I enjoy teaching at all levels; however, most of my teaching is on the MSc in Human Bioarchaeology and Palaeopathology for which I am Course Director. I also supervise PhD students researching a variety of aspects of Human Bioarchaeology. I have fulfilled a variety of management roles within the Department, including Deputy Head of Department, Bioarchaeology Research Group convenor and Chair of the Equality and Diversity committee. I am the Associate Editor for the world-leading archaeology journal Antiquity which is currently produced by the Department. Since September 2019 I have been the Faculty Lead for Equality, Diversity and Inclusion in Social Sciences and Health.