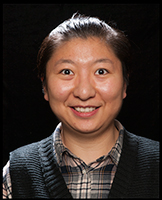 An Osteological Approach to Childhood in Neolithic Henan, China

For a long time, the study of non-adult remains from archaeological excavations in China has been neglected because of the poor preservation of their bones, infrequent representation of skeletal elements, isolated burial locations, or limited technologies (Lewis, 2007; Liu & Chen, 2012). In the last few years, with continuous archaeological discoveries and the development of osteological methods and biomolecular techniques such as isotopic analyses and aDNA investigation, the importance of child skeletons in interpreting past societies has been realized in China. This research aims to investigate the remains excavated from several Neolithic sites in Henan Province, China through a biocultural approach and palaeopathological methods, in order to investigate living and health conditions of these populations, especially children from the Neolithic period in Henan. A number of methods will be employed to study the mortality of non-adult individuals, as well as bone lesions (pathological markers, trauma, stress indicators) and diet, which represent the health status of both the children and adults and also offer insight into the health of different groups (Manifold, 2015). Meanwhile, the location, furnishing or grave goods of children’s tombs reflecting their social status or the relationship with adults or their peers will also be considered.