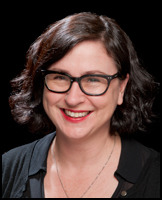 Assistant Professor in the Department of Archaeology
Telephone: +44 (0) 191 33 41138
Room number: 332A
Member of the Centre for the Study of the Ancient Mediterranean and the Near East
Member of Steering Group in the Centre for Visual Arts and Culture

Before moving into archaeology, I trained as a studio artist in ceramic design and then painting, printmaking and drawing, obtaining a Bachelor of Fine Art from the School of the Museum of Fine Art in Boston, USA. After working as an artist, illustrator and journalist in my native Bermuda, I took an RSA diploma in Early European Art History from Christie’s Education in London, going on to do an MPhil and a DPhil in Classical Archaeology at the University of Oxford. During that time I worked as a curatorial assistant at the Bermuda Maritime Museum and at Sir John Soane's Museum in London, and as Researcher at the Oxford Research Archive of Greek and Roman Sculpture in the Ashmolean Museum’s Cast Gallery. Subsequently, I have held a Junior Research Fellowship at Somerville College, Oxford (intermitted for a temporary lectureship in the Department of Classics, Oxford), a fixed-term lectureship in Classical Art at The Courtauld Institute of Art, London, and research fellowships at The Research Center for Anatolian Civilizations at Koç University in Istanbul and at the British Institute at Ankara. I have also participated in various field work projects in Bermuda and Turkey (Kerkenes, Zincirli, Çaltilar) as an excavator, finds registrar, and sculpture specialist.

My research bridges art history and archaeology, involving in depth analysis of iconographies, consideration of meaning and interpretation, and wider aspects of political, geographical and social context. I have interests in the art and archaeology of Anatolia and the Mediterranean in the Iron Ages to Classical periods (first half of the first millennium BC), with a specific concentration on the non-Greek speaking zones of Central and Western Anatolia (Phrygia, Hellespontine Phrygia, Lydia and Lycia). I also have interests in the in overlaps and relations between the archaeology of the Near East and the Mediterranean, which led me to co-found a seminar series (NearEastMed) at while at Oxford.

I have published a range of articles re-examining iconography and architecture of monumental decorated tombs in Western Anatolia, which flourished especially following its incorporation into the Achaemenid Persian Empire, pointing out relationships to historical context and significant patterns in representation. My most recent work has used the appearance and patterning of monuments and imagery as important signs of regional dynamics, and moved to explore settlement and economic activity related to this. An edited book on interpretations of images of banquets employed in tomb art across the ancient world, from Etruria to Han China, came out in 2016 and I am currently working on a monograph synthesising the images used on tombs in Western Anatolia between the Persian conquest and the Persian Wars, and their significance for reconstructing identities and social dynamics during that time of flux. I am also in the early stages of building a new project on drawing in archaeology.

I am a passionate believer in the role of archaeology in modern society and as a university subject which can impart a great range of skills, both practical and intellectual, with applications beyond the confines of academia: close, forensic analysis, visual attention, synthesis, problem spotting and solving, research, good writing for multiple audiences, and a sense of human interaction with and the formation of the material world which we inhabit. In my teaching, I aim to provide practical opportunities to build these skills; to inspire enthusiasm for critical and creative analysis of representations of the past and the relevance of this for contemporary society; and to help students to develop their confidence and their own original thoughts. I have taught topics from the archaeology of Iron Age Anatolia and Early Greece to art in the Roman Empire, and I have particular interests in addressing aspects such as ethnicity and identity, approaches to images, and regionalism. I offer a specialist third year class on Greeks and Others: Art and Identity in Ancient Greece and Beyond, which considers these and related issues.

I would be very interested in supervising PhD dissertations on aspects of methodological issues in the interpretation of ancient imagery; the art and archaeology of and/or settlement in Iron Age and Classical/Achaemenid Anatolia, including Phrygia, Lydia and Lycia; interactions of the Near East, Egypt and the Mediterranean in the Archaic and Classical periods; regionality in the Archaic and Classical Mediterranean and Anatolia; and cognition and aesthetics in archaeological illustration. I would also be interested in exploring co-supervision for law students with an interest in copyright and contract law and its relationship to the use of images in the dissemination of archaeological research.