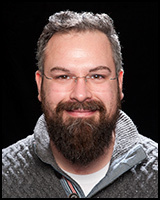 Before coming to Durham for my PhD, I have studied Cultural Heritage Preservation (BA) and Archaeology and History of Art (MA) in the University of Tuscia, in Viterbo (Italy). From the beginning, I have pursued the idea of enhancing my knowledge and skills in Hieroglyphs, Greek and Latin language and literature in parallel with the study of Archaeology and History of Art. I had also the chance to develop practical and scientific skills being part of the excavation of Ferento (near Viterbo) in which Etruscans, Greeks, Romans and Christians had interacted until the 12th century AD.

The fascination for comparative religions, mythology and visual culture led me to write a BA dissertation on Akrai, sub-colony of Syracuse, entitled “The role of Ἂκραι in the expansion of Syracuse”, in which I have highlighted the importance of this frontier-city in interactions among Greeks and Sikeliotes, also through the mean of religious exchanges. The different collocation of temples and cults of Olympic gods and foreigner’s ones suggested me that the inhabitants of Akrai kept their gods’ cults inside the wall of the city and worshipped the others outside it, in order to maintain good relationships both with the native population and their gods.

For example, they accepted the Phrygian cult of Cybele in the countryside building the biggest Cybele sanctuary outside Turkey in the Greek period, probably even before it was introduced, in the Lydian version, in Greece. The prominence of Cybele’s cult in the area, merged with the Demeter/Kore one all over Sicily and according to my research, may have persuaded the Roman officials working in Sicily to promote the introduction of the cult of Magna Mater in Rome, retrieving the black idol of Cybele from Pessinus in Phrygia.

During my master, I have chosen to enlarge my interests in the Middle Ages and in the Near East Archaeology, History of Art and History, without putting aside my Egyptological and Classical studies. Thanks to my wide range of interests in Mediterranean Antiquity and Middle Ages, I was selected to be part of a project, an international cooperation between Italy and Egypt, with the aim of reopening the Graeco-Roman Museum of Alexandria. I ended up collecting, analysing and putting together all the available information on the collections and history of the Museum from its foundation. The result of this research is a dissertation entitled “From the excavation to the museum: the Graeco-Roman Museum of Alexandria in Egypt”, that comes after the analysis of a database that I have filled with the descriptions of the objects preserved in the Museum.

The amount of materials and images that were available in Alexandria in Antiquity and in Middle Ages made me consider the implications of the role of the city in the development of Greek, Roman and Christian cultures. Acting as bridge and filter between the Egyptian and the following ones, Alexandria is a crossroad of ideas, images and traditions that have still an impact in the 21st century. With this in mind, I decided to bring my research and expertise to another level, with the intention to overcome the traditional barriers of Archaeology, showing a continuity in use of certain images from the Egyptian period to the Medieval era across the Mediterranean Sea

My research aims to reconnect Egyptian iconography and religion to the Aegean area, Rome and its territories, and the formative phases of Christianity. The process of Egyptianisation of the other civilisations would not probably have been just a one-way path nor an evolutionary-linear one with Christianity as the end point, but a complex exchange of information in which each culture gave and received in terms of the narration of myths through the powerful and effective mean of images. In fact, images usually have been the easiest and most direct way to convey messages of any sort, especially religious ones.

Research title: Imagines deorum, imago dei. The impact of Egyptian iconography on Mediterranean religions between the 1st millennium BC and the 7th century AD.

The aim is to highlight the substratum in which various aspects of Egyptian religious traditions have converged in Greek, Roman and Christian religion or, more discreetly, in mysterious cults and rituals. They, somehow and with some degree of adjustments, still survive nowadays unrecognised and unchallenged by the general public who perceive them as part of their own age-old traditions and identity.

What archaeological studies suggest is that interactions among Greeks and Egypt, although present from the beginning of the 1st millennium B.C., increased considerably when Greeks founded Naucratis and had the right to trade within Egypt in the 7th century B.C.. However, the conquer of Egypt by Alexander the Great was the revolutionary event that led to a syncretism between the Classical and the Egyptian culture, represented also in the leading role of Alexandria in Egypt in almost all the fields of human knowledge and arts.

The Romans, both sailing and traveling in the Mediterranean Sea and thanks to Greeks and Etruscans that lived in the Italian peninsula and in Sicily, had the chance to be fascinated by Egypt and its traditions, ending allowing oriental cults in their pantheon and, later, acquiring Egypt as a vital part of their Empire. Ptolemies managed to learn and reuse the Egyptian religious traditions, with the aim of legitimate their power amongst the native Egyptian population, and Romans decided to share those traditions with all the Empire creating a set of images and symbols that have been used, for example, to express power since then.

The diffusion of Christianity inside the Roman Empire is also connected with Egyptian divine images’ translations since Christians are supposed to merge some Egyptian and Classical ideas and representations of divinity to build their own liturgy. That may have happened in city such as Alexandria, were the Christian community and many others lived together in such a multicultural environment. Even after that Christians acquired power and decided to destroy any other religious beliefs, they still own a great debt to the Egyptian religion in term of effective and easy-to-remember images.

Therefore, the material evidences for the research come, mostly, from Alexandria, compiled in a database from my previous research project, and from the area of the Mediterranean Sea. This will point out where, when, how and why some Egyptian divine representations were adapted and adopted to serve as carriers of religious and moral habits for other populations and religions that were in touch with Egypt, between the 1st millennium B.C. and the 7th century A.D., when Arabs conquered Egypt. Specific ‘iconic’ images, as case studies, will help narrowing the research such as the iconography of: Anubis-St. Christopher or St. Menas, Horus-Cadmus-Iason-St. George, Sphinxes (Egyptians/Greeks and god Tutu), Hathor-Io, Bes-Gorgons, Isis-Aphrodite-Virgin Mary and Prometheus-St. Antony.