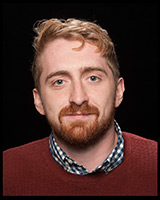 Palaeolithic archaeologist with research interests in the Lower and Middle Palaeolithic including lithic technology, hominin population histories and cognitive development. Current research focuses on changes in lithic technology during MIS9 in Britain. Previous experience working in commercial archaeology and geophysics, as well as research excavations on a wide array of prehistoric sites. Currently also involved in Durham’s research excavations at Santon Downham.

Evaluation of core and flake technology in MIS9 Britain focusing on the occurrence of non-handaxe assemblages and prepared core working.

The Purfleet Interglacial: Change and complexity during the final Lower Palaeolithic

Marine isotope stage 9 (MIS9), informally termed the Purfleet interglacial, was a time of unprecedented cultural complexity and change in Britain, culminating in the Lower-Middle Palaeolithic transition. While previous work has focused on the surrounding interglacials, MIS9 has remained overlooked in comparison despite having a rich archaeological record. While the study of the Lower Palaeolithic is dominated by handaxes, previous work on a handful of MIS9 sites has noted a more diverse array of lithic technology. This has led to several working hypotheses which characterise the interglacial as a complex period of variability and change.

The first of these hypotheses is the reoccurrence of a non-handaxe signature often compared to the Clactonian during late MIS10-MIS9. The key focuses here are a comparison to the traditional Clactonian of MIS11, and to test the model postulated by White and Schreve (2000) in which non-handaxe assemblages are a characteristic of early recolonisations of Britain. Another potential feature of MIS9 technology is the higher proportions of flake tools than during previous periods of the Lower Palaeolithic. Examinations of flake tool numbers, their refinement and their standardisation are essential for evaluating if a significant change occurs during MIS9. Finally, due to MIS9’s position as the final Lower Palaeolithic discussion of the development of Levallois is pertinent. The proto-Levallois and Levallois at Purfleet are well documented, but whether this is an isolated incident or a culture that can be seen across Britain during late MIS9- early MIS8 still needs to be clarified.

My research aims to evaluate whether the current ideas about MIS9 can be substantiated by examining a broader array of sites from across Britain, principally those in the Thames and Solent valleys and East Anglia. It will enrich the study of handaxe assemblages at this time whilst also addressing some crucial questions regarding the Lower Palaeolithic of Britain. The study of non-handaxe assemblages and Levallois technology has wide ranging implications beyond both Britain and the Lower Palaeolithic.