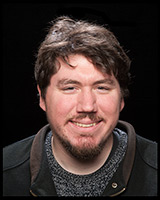 Early Neanderthal social and behavioural complexity during the Purfleet Interglacial: the evidence from the stone tool record.

The Acheulean has generally been viewed as a culturally static industry, with no lasting changes until its effective replacement by Levallois-Mousterian technology between Marine Isotope Stages 9-7. Early notions that handaxes ‘evolved’ in complexity and refinement towards the Lower-Middle Palaeolithic transition were abandoned when absolute dating techniques showed no such trend in the archaeological record. Nevertheless, discrete morphological groups have been identified in British sites (e.g. by Roe 1968) which were later found to broadly correspond to the MIS climatic cycles. It is also increasingly accepted that certain other characteristics are diagnostic of age, for instance ‘twisted’ ovate (MIS 11) and bout coupe (MIS 3) forms. Whilst sites assigned to the MIS 9 (Purfleet) interglacial strongly tend to fall into Roe’s morphometric Group I/IV, no truly diagnostic form has been identified. The co-occurrence of ficrons and cleavers has been strongly suggested as a possible example, however, as well a generally increasing diversity of form.  My research will combine existing environmental, geological and archaeological data with metrics and observations gathered first-hand from the British Museum’s substantial handaxe collection. I will re-investigate a number of the ‘flagship’ sites of MIS 9, including Purfleet, Stoke Newington and Cuxton, as well as introducing data from other sites for which there is little recently published material.

I will use these data to approach the following questions: