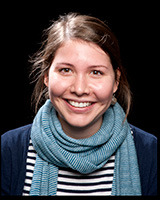 Mobility and burial rites in the early medieval period c 300-1000 AD: An analysis of strontium isotopes in cremated human remains.

The movement of people during the early medieval period is a major topic of debate in archaeology and various attempts have been made in the last centuries to describe these movements and the ensuing contact, defining them as assimilative or dominating. Evidence for migration and colonisation in eastern England during this time is traditionally predicated on changes in material culture including funerary rites. In this context, the late fourth to seventh centuries witnessed the reintroduction of cremation rituals and furnished burial. This has often been explained in terms of the migration of Germanic-speaking groups into eastern England. In the tenth century, parts of England were colonised again by the Norse, marked by changes in funerary rites, with rare examples of cremation and the brief return of furnished burial in parts of England. Thus, questions on mobility are inextricably linked to the reintroduction of cremation burials.
New scientific approaches have already shown that early medieval communities may have been more mobile than previously assumed; interregional mobility is suggested and two-way processes of migration are also potentially evident. Strontium isotope analysis is the method that underpins these new discoveries, directly investigating the movement of individuals. The potential of this method has been recognised by scholars of the period, but until now methodological limitations have meant that it could only be applied to inhumations and not cremated individuals. This has exacerbated the widespread underestimation of the importance and potential of cremation burials: most research focuses on the burial context, including the urns. This project seeks to remedy this by assessing the evidence for mobility in individuals who have been cremated, by employing a strontium analysis method recently introduced by Snoeck et al. (2014). The results will be contextualised within our current understanding of the archaeology of the era and in terms of theories of identity, agency and social memory.

I graduated with a First Class MA Joint Honours degree in Archaeology and History from Glasgow University in 2013 and subsequently completed an MSc in Palaeopathology from Durham University with Distinction. After this I worked in commercial archaeology for two years until 2016 when I started my PhD part-time.