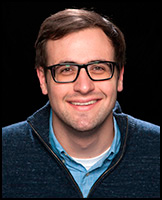 A Cultural History of Roman Military Tropaea in the Provinces: Roman and Barbarian Identities

The Roman military trophies – tropaeum (sg.), tropaea (pl.) – represent a unique form of architecture and artwork. The research project investigates the cultural significance of the Roman military tropaea erected in the provinces and along the frontiers during the late Republican period through the second century CE. During the 250-year period of examination, the Roman controlled territories expanded – following the Punic Wars of the third century BCE and prior to the decline of the Roman Empire during the crises of the third century CE. The research project uses a cross-cultural and transdisciplinary approach to explore the Roman practice of erecting tropaea outside the Italic peninsula and the cultural representations embodied in these monuments. The research project utilizes the available archaeological and literary evidence associated with Roman tropaea to investigate the circumstances under which military trophies were constructed, as well as the history of the relationship between the Roman and native people, ethnogenesis, and cultural assimilation. The premise of the research project contends that the Romans constructed provincial tropaea under certain conditions and these monuments connote more than simply military strength; they also address Roman identity and cultural elements of their interaction with the native people in conquered territories along the frontier.