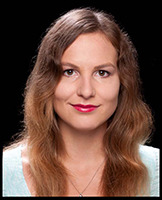 This research will use dietary isotope analysis to explore differences between cremated and inhumed individuals from the Early Anglo-Saxon Period in England. Recent isotopic research suggests dietary information can be inferred from cremated remains heated up to 200° Celsius (DeNiro et al., 1985; Schurr and Hayes, 2008; Schurr et al., 2008; Harbeck et al., 2011). In order to comfirm these findings a controlled heating experiment of animal bone will be undertaken and dietary isotopes values compared against an unheated control sample. These results will be used to establish criteria for selecting archaeological cremated samples viable for light isotope analysis. Isotopic dietary analysis will then be undertaken on samples from cremated and inhumed individuals of the Early Anglo-Saxon period from a single cemetery. Research suggests that mortuary treatment may be indicative of cultural differences within groups during the Early Anglo-Saxon period; variation in grave goods supports the supposition of cultural differences between cremated and inhumed individuals (Bond and Worley, 2006). Thus, firstly dietary reconstruction will be attempted on cremated individuals and secondly these dietary values will be used to infer cultural or status difference between contemporary individuals utilising different mortuary strategies.