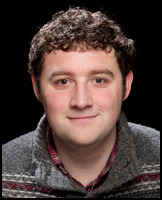 Roundhouses to Hillforts: Understanding the changing roles of Bronze Age settlements in communities in Britain through the analysis of their environs c. 2200-800 BC

Analyses of Bronze Age (c. 2200-800 BC) living spaces in Britain have traditionally concentrated upon the structure and activities occurring within defined settlements or small settlement clusters. However, despite extensive commercial archaeology and major research programmes, there are still no convincing explanations for major trends such as: the relative invisibility of settlements from c. 2200-1500 BC; the dramatically increased visibility of settlements after c. 1500 BC; the emergence of apparently defended settlements and hillforts from c. 1200 BC; and the perplexing and continuing absence of any villages. It seems that established approaches and interpretations in the investigation of early settlements remain unable to explain the nature of the evidence in Britain.

My research aims to test a new environs analytical framework designed to analyse the spatial and temporal relationships between settlements with substantial structures and any contemporary and antecedent features within their “immediate” and “accessible but still distant” environs.

The project will investigate four core research questions:
· What criteria determined the location of settlements?
· What impact did settlements have on the activities within their environs?
· How do settlement environs vary through space and time?
· What is the relationship between settlement changes and their environs?

This work is currently involving the collation and study of the first national dataset of Bronze Age settlement sites using Historic Environment Record and Grey Literature.

I am interested in the rise in cremation burials during Britain’s Middle Bronze Age after creating a near comprehensive data set of every cremation burial dating to this period for my Masters dissertation. I am also interested in the use of spatial analysis systems particularly the uses and limitations of using Cost Surface Analysis in recreating the daily spheres of the lives of people in the past.

Caswell, E., and Roberts, B. (forthcoming) Reassessing Community Cemeteries: cremation burials in Britain during the Middle Bronze Age (c. 1600-1150 BC) Proceedings of the Prehistoric Society

Warden, K., Caswell, E. J., and Roberts, B. 2016. Funerary fragments between the rivers: analysing the evidence for the dead in the Tyne–Forth region during the Late Bronze Age (c. 1150–800 BC). In R. Crellin, C. Fowler and R. Tipping (eds.), Prehistory without Borders - The Prehistoric Archaeology of the Tyne-Forth Region, 156–167. Oxford: Oxbow

Presented at: Bronze Age Forum 2015 (Exeter), EAA 2016 (Maastricht):
Finding a place to call home: Understanding the changing roles of Bronze Age settlements in communities in Britain through the analysis of their environs c. 2200-800 BC
Presented at: CAA UK 2016 (Leicester), CAA Int 2017 (Atlanta):
Walking Across Beach Sand is Hard and Other Discoveries: First results of assessing the time cost of moving through various terrains
Expense vs. Effect: An analysis of selected variables that affect the production of cost surfaces.
Presented at Bronze Age Forum 2013 (Belfast), Le Bronze moyen et l’origine du Bronze final en Europe occidentale. De la méditerranée aux pays Nordiques 2014 (Strasbourg):
Bodies, Burnings and Burials: Analysing Middle Bronze Age Cremations in Britain
Presented at TAG 2015 (Bradford):
“Give them what they want”, but what about what we want to give?: A discussion on the implications of archaeologists attempting to commodify archaeology through comparative analysis and the implications this has on our ability to control the aims of our research.
In addition to these I was an invited participant for the roundtable on Long-term trajectories of the regional settlement systems and helped organise the 2014 sessions on 'Political Agendas and Sponsorship in Archaeology,' Theoretical Archaeology Group for the TAG conference at the University of Bradford.

Expense vs. Effect: An analysis of selected variables that affect the production of cost surfaces.

Between 2016 and 2017 I have helped the group DigVentures as a Trench supervisor across three projects investigating; a Premonstratensian Abbey near Leiston, the Anglo-Saxon presence at Lindisfarne and two Bronze Age hoards sites near Bolton Le-Sands found in a Bronze Age Burnt mound and ring cairn.