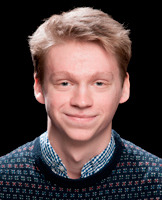 After completing a BA(Hons) degree here at Durham with a dissertation on historic landscape development, I completed a Masters by Research degree, still at Durham, investigating the impact of natural disasters on British later medieval society. I am currently expanding this research for my PhD by considering a wider geographic area in greater detail. At the same time as conducting this research, I am engaged in a number of field projects including the Moncayo Archaeological Survey in Aragon, NE Spain, and the Rustaq-Al Batinah Survey, Sultanate of Oman. I am also currently a technician at the DARC Laboratory (Durham Archaeomaterials Research Centre).

Weathering a Climactic Climate: An Archaeological Assessment of Resilience and Response to Meteorological Hazards in Medieval Northern Europe AD 1000-1550

My project adopts an interdisciplinary approach to examine the impact of natural disasters on medieval society and the responses provoked by their occurrence. By investigating a number of detailed case studies I am exploring how individuals and populations as a whole responded to extreme natural phenomena such as floods, windstorms and thunderstorms. Archaeological evidence combined with documentary sources offer an unrivaled opportunity to understand how a pre-modern society reacted to the unpredictable extreme events which accompanied the period's fluctuating climate.

(2017) Mick Aston Research Grant from the Society for Medieval Archaeology

(2016) Grant for conference attendance from the Economic History Society

(2016) Grant for conference attendance from the Rosemary Cramp Fund