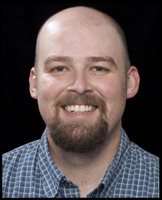 Research Associate in the Department of Archaeology

My research focuses on archaeological GIS and the landscapes of early medieval Britain. I am a research associate in the Department and a GIS specialist, and I focus on the landscape and built environment of Britain from the late Iron Age to Medieval periods, with a particular interest in the development of early medieval Britain. I am especially interested in how past patterns of early medieval practice and interactions with the natural and man-made environment are reflected in the spatial organisation of settlements, monuments, and burials across temporal and locational boundaries. I actively develop new methodologies to integrate legacy datasets and modern datasets derived from excavation and survey as well as from new remote sensing techniques using LiDAR and unmanned aerial vehicles. My doctoral thesis investigated continuities in the visual arrangement of settlements in Iron Age, Roman, and Early Medieval Northumbria.

People and Place: The Making of the Kingdom of Northumbria 300-800 CE

Currently I am a research associate on the People and Place: The Making of the Kingdom of Northumbria 300-800 CE project. This project is building on previous advances of early medieval cemetery studies by utilizing social and scientific approaches to investigate the burial record of the Kingdom of Northumbria. I will be using GIS to spatially investigate the data gathered by the archival research and scientific analyses, and GIS will be used to address core questions on the variations in burial rites and size, artefact distributions within sites and across the landscape, health and wealth patterns displayed in the funerary evidence, long-term patterns of movement, and the spatial relationships of cemeteries and burials to other settlements and monuments.

I am a resource associate on the Yeavering Resource Assessment project. This pilot study is examining the Early Medieval royal vill at Yeavering in Northumberland. It is investigating the site and its environs by constructing a spatial database in GIS in order to understand the site and its surrounding landscape.