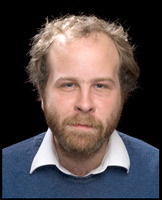 Impact and change: The dynamics of political assembly in the Danelaw AD400-1100

This project seeks to characterise the dynamic relations between meeting places and their associated administrative divisions in the early medieval northeast. The study area focuses upon the northern extent of what was the Danelaw, a Scandinavian territory in the region formerly occupied by the Anglo-Saxon kingdom of Northumbria. This is targeted here through the historic counties of Yorkshire, Durham and Northumberland, extending northwards to the Lothians of southeastern Scotland. This investigation forms one of the components of The Assembly Project - Meeting Places in Northern Europe, AD400-1500, and thus will ultimately seek to set the analysis within the ambit of wider developments in northwestern Europe as a whole.

The early medieval northeast witnessed drastic shifts in its political makeup at the close of the Roman era. From post-Roman polities and Anglian kingdoms through to the Scandinavian settlement and the changes wrought by the Norman Conquest, the region has been redefined and reframed on numerous occasions. While the primary objective of the present project is to analyse those developments and practices associated with the Danelaw, this cannot be achieved without detailed recourse to and analysis of the long term political development of the region, and likewise of its subsequent history.

This draws upon numerous strands of evidence in order to map and analyse the shifting landscape, combining established emphases upon documentary sources and place-names with an ever growing corpus of archaeological data. The stress is twofold, developing a dynamic picture in place of static snapshots while bringing the archaeology, thus far the junior partner of assembly-studies, to the forefront. While the paucity of documentary evidence for the northeast necessitates a stronger material component, this differential focus offers exciting new opportunities to contextualise assembly sites within wider archaeological landscapes, in relation to parallel studies into settlement, burial, land-use and material culture - in effect to move attention towards landscapes, rather than merely sites, of political assembly.