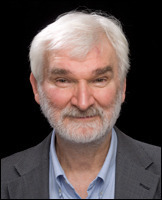 Professor in the Department of Archaeology

I was trained as a geographer at Birkbeck College, London University and at McMaster University in Hamilton, Ontario. At McMaster my research focused upon the hydrology of overland flow in the Canadian High Arctic. From Canada I then moved into archaeology where I developed a series of regional landscape projects in the UK and the Middle East. My special interests have included landscapes of dry lands (deserts) and wetlands (specifically those submerged beneath the sea). I have undertaken landscape fieldwork in Oman, Yemen, Saudi Arabia, Iraq, Syria, Lebanon, Turkey and Iran, as well as various places in the United Kingdom.

I was elected a Fellow of the British Academy in 2008.

Since 2002 I have been principal investigator of a NSF-funded project to model ancient settlements in greater Mesopotamia, and this has now appeared as a monograph published by Archaeopress (2013).

The Fragile Crescent Project (2008-2013), funded by the Arts and Humanities Research Council (UK), is a four year project aimed at analyzing settlement and landscape trends across northern Syria, southern Turkey and northwest Iraq during the Chalcolithic and Bronze Ages. In addition to supplying insights into how urbanization proceeds along multiple pathways (see PhD thesis by Dan Lawrence--2012), research by the FCP is demonstrating how archaeological sites and landscapes in the Fertile Crescent are being destroyed as a result of cycles of peace and war. The data bases produced by project researchers Emma Cunliffe and Michelle De Gruchy are also contributing to our ability to assess long term destruction of the archaeological record. Their reseearch has considerable implications for long-term cultural resource management in the region.

Although Syria is currently inaccessible because of the ongoing conflict, the Land of Carchemish Project is now in the process of being prepared for publication under the editorship of T.J. Wilkinson, E. Wilkinson and E. Peltenburg . This will appear as a forthcoming BANEA monograph (Oxbow Books).

The recently published Archaeology of the Essex Coast: Excavations at the Neolithic Site of the Stumble (East Anglian Archaeology 2012) is about to make waves in the appropriate circles. The Stumble was one of the first offshore Neolithic sites to be excavated in the UK and it results from a long-term collaboration with Essex County Council.

The Gorgan Wall Project has now led to a major investigation of the frontiers of the Sasanian Empire (funded by the ERC FP7 programme). This multi-university collaboration is headed by Edinburgh University (PI Prof. Eberhard Sauer ), and Durham's contribution is to undertake the mapping of the western and northern frontiers using satellite imagery and legacy field data. As Co I of the Project, I am delighted that we are collaborating with Iranian colleagues from ICAR, and that we are in a position to throw light on a formerly rather little known topic.

I am also a collaborator on a joint AHRC-RWO joint project with Maurits Ertson (Delft University of Technology, Netherlands). This is aimed at bringing principles of human niche construction to the understanding of ancient water systems. We have published a number of articles on this and related topics in the journal Water History.