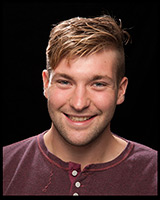 I was awarded my BA in 2015, where my dissertation focussed upon the Community of Soldiers concept in Roman Britain. My degree was a joint honours in Ancient History and Archaeology, which allowed me to focus upon the crucial combination of textual and archaeological evidence.My dissertation centred around the Community of Soldiers concept developed in the late 1990s by Ian Haynes and Simon James. I focussed upon the town of Corbridge in the north-east and analysed how this concept might be applied to the development of the fort into a town with a segregated area for military personnel. Part of this involved comparisons with Colchester in the south-east of Britain which displayed similar circumstances to Corbridge, and a further comparison with Palmyra in the Near-East, a town which intriguingly saw an enclosed area for soldiers develop in the northern part of the town.

Following on from this I then studied for an MA from 2015-2016 focussing upon Roman archaeology once again but with additional modules in Greek art and Egyptian funerary practices. My dissertation topic this time was investigating two altars which had been discovered in the 2014 season at the auxiliary cavalry fort of Binchester in Bishop Auckland. These altars had been discovered in the baths in the vicus area of the fort. I firstly analysed the background of excavations at Binchester and how different perceptions of the area had changed as archaeological technique and evidence increased. I then focussed upon academic perceptions of ritual and religious practice in Iron Age and Roman Britain, noting how focusses tended to switch for areas of depositional practices and their respective rituals. Following this I analysed the finds contexts of the altars and their dedicators, comparing them with previous altars found upon the site. Finally, I investigated the Binchester altars within a framework of other altars on the Dere Street road: Piercebridge, Catterick, York, Lanchester, Ebchester, Corbridge and also included Vindolanda in order to analyse the Binchester altars alongside the others from these forts. I chose to analyse them in regards to which god the altar was dedicated to, the identity of the dedicator (their gender, which regiment they were posted with, their national identity and their rank in the unit if they had one) and the material of the altar.

I have worked on a number of excavations, these include working at the excavations of the Barcombe Roman bath-house in the 2010-2012 seasons as well as excavating at Binchester Roman fort in 2013, The Trypylia Megasite Project in Ukraine also in 2013 and the Bagendon hill-complex in 2014 all with Durham University. For the last three years I have also worked with the Apolline Project in Italy, firstly in Naples 2015 and then in 2017 and 2018 at the excavations in Aelcanum.

I'm currently investigating lead vessels that have been continually linked to baptism from the Roman and Anglo-Saxon periods in Britain. These saw an fascinting development in regards to engagement with academic literature as many authors have focussed upon their purpose and function as well as their potential identity through their design and decoration. Iam to take the research in a new area, particularly as since the last article written about them in 2012 a number of new examples have come to light in places such as Somerset and even London.

My research will involve investigating where they have been found in Britain in relation to the contexts they were found in and the manner in which they were discovered and retrieved, the state they were retrieved in and any additional finds that came with them. I will also be analysing the manner of their deposition in the landscape and investigating their placements in relation to access to available lead resources. Alongside this, I will also be using the tanks to engage with theories of depositional practice such as 'votive' and 'structured' deposition to see how such models might be applied to the circumstances of the tanks' burials.

I will also be using a contextualising approach where i compare their burials and accumulations with notable hoards from Roman Britain such as the Hoxne Hoard and that from Traprain Law, as well as comparisons with Bronze Age and Iron cauldron deposition and later deposition in the Early Medieval period such as those of swords and other votive items. Whilst the lead tanks are clearly an 'insular' development in the Romano-British period, there are some rather visible parallels with depositional practices and choices of objects from the periods I wish to compare them with and doing so will hopefully allow me to engage in a much broader framework within which to analyse these rather unique and confusing objects.