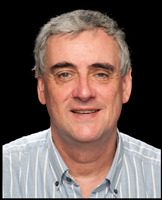 My research interests fall into three main areas: landscape archaeology, artefact studies, and efforts to understand nature of early complex societies. All of these themes are explored in the context of my period/region interests which are focused upon the later Prehistory and Bronze Ages of the Middle East.

My interests centre upon long-term aspects of human-environment interaction in the Middle East. From 1999-2010, in co-operation with the Directorate General of Antiquities and Museums of Syria, I directed a multi-period landscape project in the Orontes Valley around the city of Homs. By examining two distinct environmental zones, were able to assess the impact of key economic and political developments in adjacent, but contrasting landscapes. In particular we now understand the differences between patterns of development in the prime agricultural zones, where settlement is dominated by mounded tell sites, and "non-optimal" zones, where we have evidence for two main episodes of sedentary activity - the 4th-3rd millennia BC, and the Graeco-Roman-Islamic period: each is associated with quite distinct landscape signatures. In co-operation with Dr Danny Donoghue (Geography) the project pioneered the use of declassified 1960s CORONA space photography and recent IKONOS high resolution satellite imagery for archaeological prospection and the investigation of past landscapes.

Papers arising from this grant have appeared in Levant, Syria, Quaternary International, Quaternary Science Reviews and Journal of Arid Environments.

I was co-investigator on this AHRC funded project with Prof. Danny Donoghue, Geography and PI Prof. Tony Wilkinson. The project uses satellite imagery, GIS and archaeological survey data to chart long-term changes in settlement, land-use and social organization across northern Mesopotamia, and northern and western Syria during the Bronze Age (ca. 3500-1000 BC). Papers have appeared in Levant, Journal of World Prehistory, Quaternary International, PLos ONE and Quaternary Science Reviews.

Supported by the Arcadia Fund and based at the Universities of Oxford, Leicester and Durham, EAMENA was established in January 2015 to respond to the increasing threats to archaeological sites in the Middle East and North Africa. The project uses satellite imagery to rapidly record and make available information about archaeological sites and landscapes which are under threat (http://eamena.arch.ox.ac.uk/). I joined EAMENA in October 2016, assuming responsibility for building the dataset for Lebanon, Syria and Iraq, and with funding from the Cultural Protection Fund, to train staff in the national heritage agencies of Lebanon and Iraq in remote sensing, GIS and damage assessment techniques.

In June 2020, we received confirmation of additional funding from Arcadia that will secure the project through to 2024, and a grant from the Cultural Protection Fund that will support our in-country training into 2021.

Persia and its Neighbours

Following the death of Tony Wilkinson in late 2014, I assumed direction of the Durham-based component of this project (the overall PI is Prof. E. Sauer, Edinburgh), which was funded by the European Research Council. The project examines the landscape dimension of the Sasanian Empire (3rd-7th centuries AD), through examination of study areas in Iran, Georgia, Azerbaijan and Oman, using a combination of regional survey, satellite image analysis and selective excavation. The first volume - dealing with the team's work in Georgia - was published in late 2019, and work on the second is now well advanced.

Most of the language employed to discuss social and economic complexity in the Ancient Near East draws upon concepts relevant to the developed urban societies of ancient Mesopotamia. These terms tend, however, play down the diversity of developmental sequences elsewhere in the Middle East, such as western Syria and Palestine. These issues are being explored through the analysis and publication of 4th-3rd millennium BC sequences at three sites located in classic ‘lowland basin’ settings, Tell esh-Shuna in the north Jordan Valley, Tell Nebi Mend in the Orontes Valley and Tell Koubba on the Lebanese littoral. Work to date suggests that while none of these regions conforms to models of settlement and economic organization apparent in “Greater Mesopotamia”, there were clear differences in the specific pathways to complexity taken at each site. Thus the notion of “diverse routes to complexity” may provide a valuable corrective to traditional Mesopotamia-centric interpretations.

A new dimension has been added to my work on complex societies by my involvement as co-I in the Invisible Dead Project (Templeton Foundation). My section of the project examined long term patterns in burial data in the Levant from the Ceramic Neolithic to the Iron Age, and was designed to ask the ‘big’ questions that are often lost among the detail of studies centred-upon individual sites, regions or periods. Papers have been published in Journal of Archaeological Method and Theory (2016), and in edited volumes, while a volume arising from the project (edited by Chris Scarre and Jennie Bradbury) appeared in 2017.

Since 2012, the evidence from the Homs region has been contributing to an international collaboration funded by the Social Science and Humanities Research Council of Canada (Computational Research on the Ancient Near East: An Archaeological Data Integration, Simulation, and 3-D Visualization Initiative - CRANE ), which seeks to combine data from surveys undertaken in the Orontes basin over the past two decades, within a single analytical framework. The broad overview that the project will provide, will allow researchers to identify both large-scale trends and local peculiarities. As part of this project the Durham team will collect new palaeoenvironmental evidence, and will use the evidence of ceramic technology and exchange to better understand the economic potential of different parts of the survey area.

The CRANE project supported a two-day workshop in Durham in August 2015 on the Integration of Ceramic and Petrographic Datasets in the Levant. The resulting papers are being published as a Special Issue of Levant entitled Ceramics, Society, and Economy in the Northern Levant: an integrated archaeometric perspective which will appear in elry 2021.

Starting in 2018, and working with Prof Janet Montgomery, two new projects have begun to explore the potential of isotopic data to shed light on the movement of people and animals in the ancient Levant.

Led by Dr Lynn Welton, and funded through a Marie-Curie Postdoctoral Fellowship, this project, whihc isnow at publication stage, investigatied the role of animal movement in the rise of urban societies and large, integrated supra-regional economies in western Syria during from the 6th through to the 3rd millennia BC. The core is the examination of carbon (δ13C), oxygen (δ18O) and strontium (87Sr/86Sr) isotope data from sheep and goats from several sites in the Jordan Valley, and from Tell Nebi Mend in the Orontes Valley region of Syria. Preliminary results provide strong indications for territoriality in herding zones, and for significant changes in the patterns of animal procurement over time.

A multi-isotope base map for Jordan: a tool for re-examining movement and community in the past

This project began in 2019 and is supported by an AHRC/Newton Research Development Grant. It is operated in partnership with colleagues at Yarmouk University and the Department of Antiquities of Jordan. It aims both to provide a base dataset for carbon (δ13C), oxygen (δ18O) and strontium (87Sr/86Sr) isotopes in the natural environment of modern Jordan, and to use this to undertake an archaeological case study based upon the human remains from the site of Pella in the Jordan Valley, augmented by material from burials on the Jordanian plateau excavated by our Jordanian partners. The aim is to help us understand the diversity of the population of that site at different points in time. The results will be presented through an exhibition at the Pella visitor centre.

Research Students who have been awarded their doctorates in the last six years include:

Majid Alonasi (2018) A re-evaluation of stratigraphic and ceramic evidence from the Bronze and Iron Age site of al-Sina ’iyyah at Tayma in Saudi Arabia (with D. Kennet).

Martina Massimino (2020) A Tale of Production, Circulation and Consumption: Metals in Anatolia during the Late Chalcolithic and Early Bronze Age (with B. Roberts).

Dan Eddisford (2020) Exchange networks in southeast Arabia in the Early Bronze Age (c.3200-2000 B.C.): An Analysis of Changing Patterns of Exchange in the Hafit and Umm an-Nar Periods (with D. Kennet).