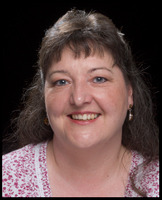 Following a significant number of years working as a nurse in numerous clinical, managerial and teaching roles I returned to the University of Durham to study Archaeological Science. I had already undertaken a Degree of Bachelor of Science in Advanced Nursing at Queen Margaret University (Edinburgh) in addition to my professional qualifications.

I have enhanced my academic qualifications with my Degrees from the University of Durham. In 2008 I completed my Bachelor of Science in Archaeology (First Class Honours) and followed this in 2010 by achieving a Master of Science in Palaeopathology in which I was awarded a distinction. For the latter degree I was awarded funding by the Arts and Humanities Research Council (AHRC). In 2010 I commenced my Doctorate, made good progress and almost completed my thesis. Unfortunately, I then had to take a leave of absence because of ill health and resumed my project in April 2019. I was awarded funding for the Doctorate by the Arts and Humanities Research Council (AHRC).

Research suggests that bioarchaeological studies have not addressed the vast and complex impact of Traumatic Brain Injury on people in the past. This is because evidence for specific disabilities following head trauma is limited and based on a small number of individuals. Consequently, research on these injuries has focussed on the study of interpersonal conflict, survivorship, weaponry and surgical intervention. This research was a unique opportunity to use an historical perspective on Traumatic Brain Injury and disability to assess the care and health outcomes of individuals with this type of injury, and how this might have differed in a variety of socio-cultural environments.

Skeletal collections from London, Norwich and York were utilised in the study. They were chosen because they were constantly evolving cities in AD1066-AD1600 and had large skeletal collections. There was extensive archaeological and historical evidence to explore the social environment of the time.

Biological sex was estimated from sexually dimorphic features, age at death from macroscopic osteological methods and head injury data was assessed using criteria developed by a number of authors to determine the level of calvarial deformation and type of fracture. Finally, assessment for evidence of adaptation to physical change(s) was assessed using a variety of bone measurements, indices and radiographic evidence in an effort to determine limitations in activity, bilateral asymmetry and robusticity.

This cranial injury dataset begins to characterise the range of head injuries in people buried in non-battlefield cemeteries and indicates a significant number of individuals surviving substantive head injuries in both monastic and parish cemeteries.

I have presented at a Theoretical Archaeological Group Conference, Social History of Medicine Conference and a Festival of British Archaeology. I have also organised and delivered a Human Bone Workshop for Undergraduates and an inter-institutional conference hosted by the University of Durham.

I have attended a Theoretical Archaeological Group Conference, a conference on the Creation of Homes in the earliest farming period in Eurasia, an Arts and Humanities Research Council Conference on Theories and Methods in Literature, Science and Medicine and miscellaneous lectures both within and external to the University of Durham.

I have participated in the MSc in Paleopathology (Department of Archaeology, The University of Durham) supporting and supervising students in the identification and analysis of the human skeleton.