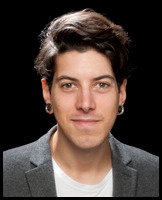 An Architecture of Industrialism: The Liddells of Ravensworth Castle, Gateshead

My thesis focuses on the architectural reflections of power and influence in the so-called “long eighteenth century” (c.1680-1815). In particular, the project examines the role of grand architecture in defining the coal magnates of England in the physical and social landscapes. During this period of increased industrial power, a select few families controlled the lion's share of coal production in the north east. By manipulating the landscape, these “coal barons” used new capital to enter into the elite networks of the English high society.

In focusing on a particular family, the Liddells of Ravensworth Castle, Gateshead, it is possible to trace the changing approaches to landscape of the early modern period. The estate reflects these changes in its architecture, adapting from the earliest medieval defensive structure to Jacobean manor, Palladian villa, mid-century Romantic, and finally to neo-Gothic castle, focusing particularly on the early modern initiatives of the Liddell family reacting to and influencing upon the industrial, political, and social character of the landscape.

The project involves the systematic recording of the existing fabric, topographical survey, analysis of aerial photographs and historic maps, and production of interpretive plans and elevations for the various architectural phases. These objectives contribute to a wider effort on the part of Gateshead Council, English Heritage, Northern Archaeological Associates, and various local development firms aimed towards the preservation of the historic estate parkland as a significant landmark within the region’s industrial and architectural history.