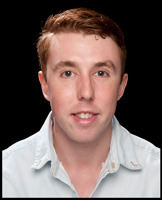 The Development of Settlements in Egypt During the Third Intermediate Period (1069-664 B.C.)

The project looks to collect all archaeological and textual evidence relating to the settlements and cities of the Third Intermediate Period. Each settlement is then placed onto a map of Egypt. By doing this it allows for settlement patterns to be assessed at both a countrywide and a regional level using GIS. These maps are combined with studies on the political, religious and socio-economic developments of the period to define factors that affected the way in which settlement patterns developed. The research also looks to understand the way in which settlements changed and the overall development of urbanism throughout the period. The evidence suggests that Egypt during the Third Intermediate Period developed an urban model based on the city state systems culture, like its contemporary civilizations in the Near East and Aegean.

The research further analyses the architectural developments of domestic buildings and their relationships to the administrative and religious buildings that surrounded them. It looks at individual architectural features such as enclosure walls, palaces, cemetery areas, domestic structures and districts and industrial areas. It looks at the building materials used and how the houses were constructed. Furthermore the research addresses how the Third Intermediate Period structures utilized the existing landscape around them, including the natural landscape and the already existing structures of the earlier periods of Egyptian history such as the temples and cemetery areas. A question that will be discussed is do the people of the Third Intermediate Period simply continue to live in buildings of the New Kingdom, or do they construct new settlements or re-use existing non-domestic structures? Finally by documenting the everyday objects and ceramics found within the buildings, we can begin to attribute room functions as well as overall building functions. This in turn will lead to the typologies of domestic equipment being put together and from this the different domestic levels can begin to be dated thus giving a chronology for architectural development during this period.

Ancient cities and the development of urbanism

The archaeology of domestic settlements in Egypt

The environmental and geological development of the Nile Delta

Egypt in the 1st Millennium BC

The use of mud brick in architectural building

Egyptian material culture of the 1st millennium BC

The taphonomy of Nile Delta settlements

The nature of city-states in the 1st Millennium BC

The history of Egyptology

Egyptian burial assemblages of the 1st Millennium BC

Egyptian chronology of the 1st Millennium BC

J.E.Bennett, ‘Libyan Tribal Society and City-State Systems: A Model for the Development of Settlements during the Third Intermediate Period’ at the Egyptological Conference in Copenhagen, Life and Heritage in Ancient Egypt, 6th-8th May 2015

J.E. Bennett, ‘Appraising the Potential for Settlement Pattern Studies during the Third Intermediate Period: A Regional Study of the Theban Nome and the North Eastern Nile Delta’, 5th International Congress for Young Egyptologists: Tradition and Transformation in Ancient Egypt, 15 – 19 September 2015, University of Vienna

November 15 2012: The Development of Egyptian Settlement in the Third Intermediate Period: An Overview of the Research, James Bennett (PhD, Archaeology/Egyptology)

Ancient Civilizations of the East (ARCH1111), including museum handling sessions.