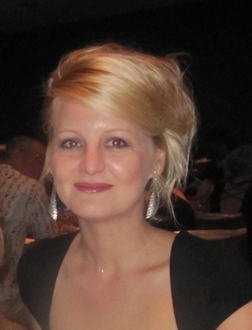 Klara holds Bachelor's degree (Bc.) in Humanity Studies and Master's degree (Mgr.) in General Anthropology from Charles University in Prague. Klara has studied history of science, philosophy of science and in her latter work specialised in anthropology of science and science and technology studies (STS). Her masters dissertation The Voyager Message is dedicated to anthropological aspects of interstellar messages and offers a comparative content analysis of Arecibo Message, Pioneer Plaque, Voyager Interstellar Record and other message sent to the outerspace.

Klara commenced her doctoral research in anthropology of science in 2009. Her dissertation entitled: 'The Charming Science of the Other: The cultural analysis of the scientific search for life beyond earth' presents the cultural study of scientific search for extraterrestrial life conducted over the past sixty years by the scientific community. The thesis introduces an original piece of research that conceptualises the extraterrestrial life hypothesis as a significant part of the general world-view, constantly shaped by the work and discoveries of science. It sheds light on the ways in which alien life is imagined and theorised and presents its concept in both the scientific community and in popular culture. Abstract available from Durham e-Theses.

Klara's recent research interests include sociocultural dimension of space exploration, attempts to detect life beyond Earth, search for extra-solar planets, and scientific entrepreneurship. Klara is running a Facebook page All Things Extra-Terrestrial dedicated to the imagined extraterrestrial life forms and aliens as they appear/are presented in popular culture, science fiction and art. 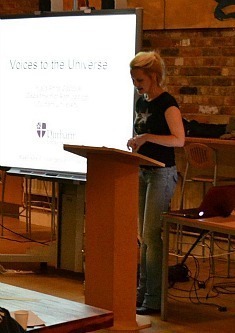 Klara is currently a member of the Social Science Team of the Customer-Led Network Revolution (CLNR) project, the UK’s biggest smart grid project in the forefront of the move towards a low carbon economy. Klara is conducting fieldwork and qualitative analysis looking into current and future energy usage and energy practices in both the domestic and commercial context.